After months of long waiting, we finally got a new scanner to replace the old one (which I’m still trying to sell, hint hint). So here are a few more photos from the days before the wedding and afterward. 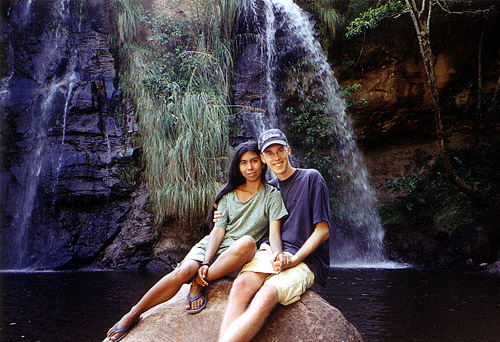 Yoli and I at “Las Cuevas”, a scenic spot between Santa Cruz and Samaipata with lots of waterfalls. This picture was taken the same day I badly sunburned my legs, but before they had begun turning a deep shade of red that would last for weeks. 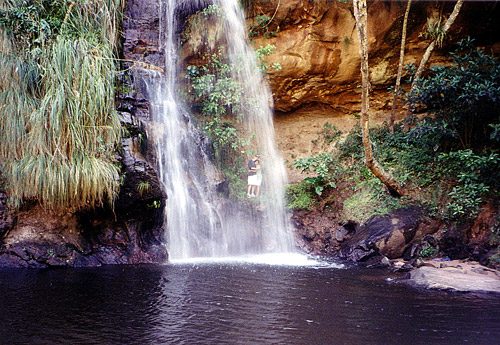 Another picture from Las Cuevas, but this time Yoli and I hiked a slippery trail to get behind a waterfall. 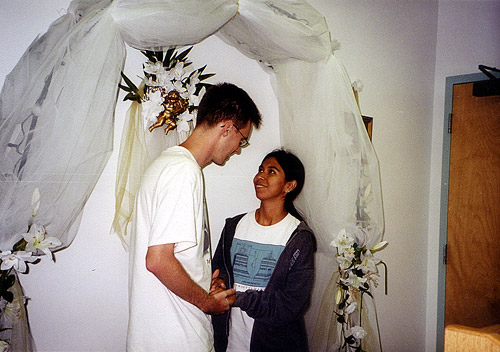 Two days after our wedding ceremony in Bolivia, we flew to the U.S. and legally married in Miami, Florida. This picture shows us exchanging vows at the Coral Gables justice center on Nov. 24, 2003. 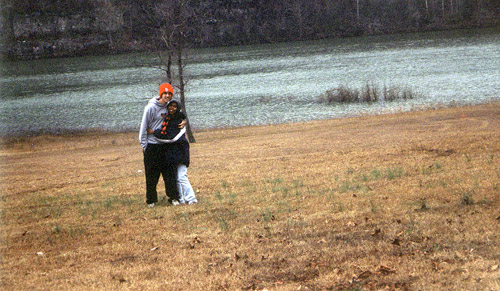 For our honeymoon, Yoli and I stayed at my great-grandparents’ vacation house near Clearwater Lake in Piedmont, MO. One day we walked down the street from the house through a tral in the woods down to the lake. At first I wasn’t sure where we were because everything looked wrong. 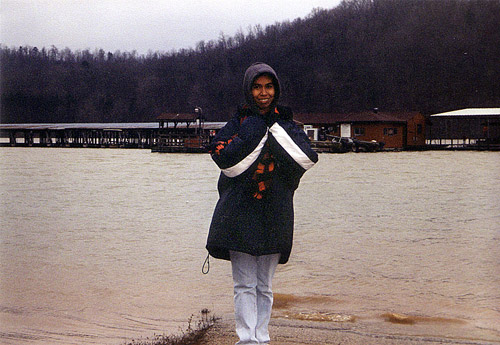 We walked to the left and eventually found that we were where I had thought we were. We ended up at Bluff View boat dock, but as you can see in this picture, the lake is very high. There should be a parking lot right behind Yoli. 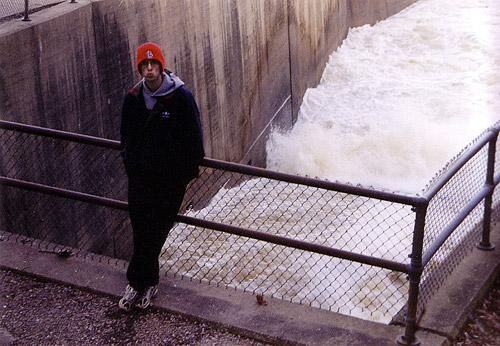 This picture was taken over the spillway at Clearwater Dam. Our choice of honeymoon locations proved to be perfect…. The weather was very cool; not freezing, but cool enough to keep everyone else away. So we really felt secluded and in our own world. It was a great week. 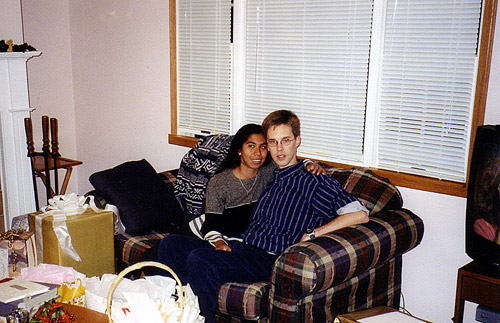 This is after the U.S. “wedding reception” / open house we had at my parents’ home. We were very blessed by all the people who came that evening (over 90!) 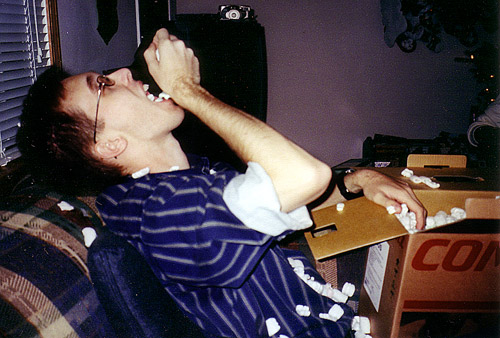 During a lull in the present-opening action, I pretend to eat some styrofoam peanuts (which look more like popcorn). 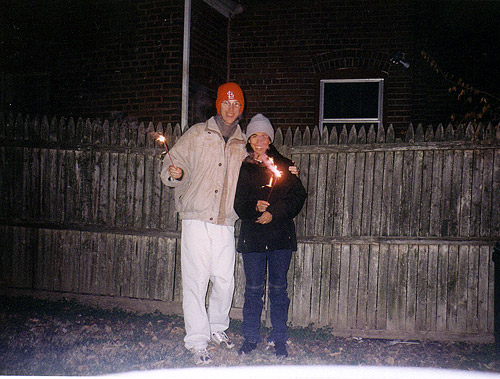 In Santa Cruz, most of the Christmas celebrating takes place on Christmas Eve. People stay up until midnight when they light fireworks. Everyone then sleeps well into Christmas Day. We decided to combine traditions and lit fireworks (provided by the Carrs) on Christmas Eve. 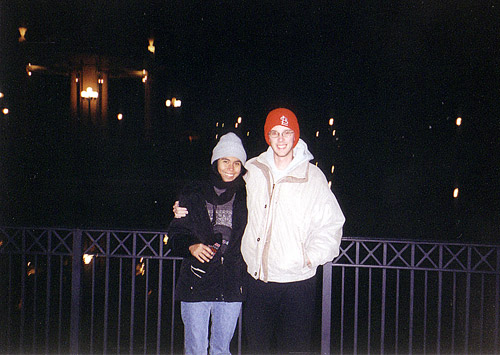 We went to the New Year’s Eve celebration in Forest Park. There were quite a few problems and disappointments, but overall we really enjoyed it.

5 Replies to “Photos before and after the wedding”