Our bus crosses a strait as we make our way to Copacabana. 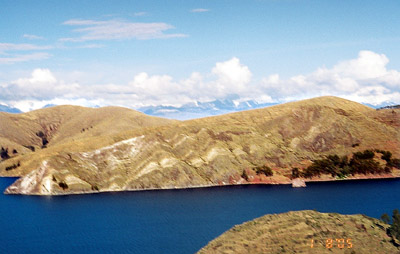 When we reached Copacabana, I had the great idea of climbing the Calvario. It was quite a climb, especially as we got close to the top. But once we reached it, we had spectacular views of Lake Titicaca, the city, and the surrounding mountains. 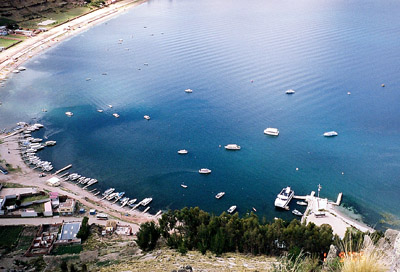 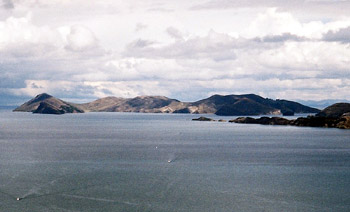 La Isla del Sol (“Island of the Sun”) where the Incas believed that the Sun and mankind were born. 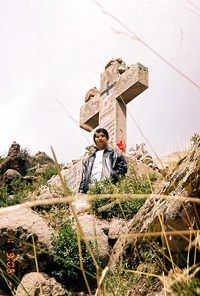 Yoli near one of the stations of the cross as we climb down the mountain. 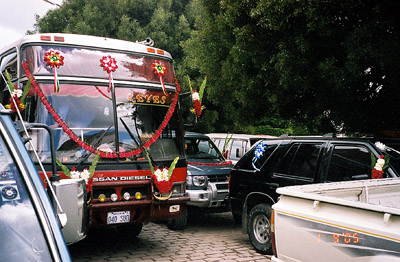 Lake Titicaca isn’t the only thing that draws people to Copacabana. Many folks make pilgrimages here to see the Virgin of Copacabana. They often bring objects they want to be blessed, including new vehicles, which you see here all decorated. 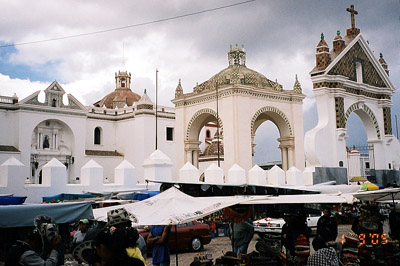 The church in Copacabana is unusual because of its Moorish-influenced design. Inside we saw the fake Virgin (the real one is hidden so she won’t be stolen). Lots of people had swarmed to the front as a priest blessed everyone. Other folks didn’t seem to mind bringing pets or talking on cell phones despite signs prohibiting these activities.

Taking a ferry back over the strait as we return to La Paz from Copacabana.