Before we started our tour of the actual Salar de Uyuni, the driver first took us to see two nearby lagoons, which were right next to each other; one saltwater, the other freshwater. This is a closeup of the saltwater lagoon. 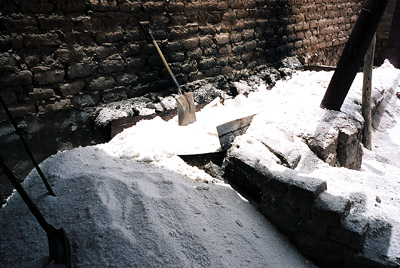 In the town of Colchani, people prepare salt for sale. Here you can see piles of salt sitting on ovens, which remove any moisture in the salt. 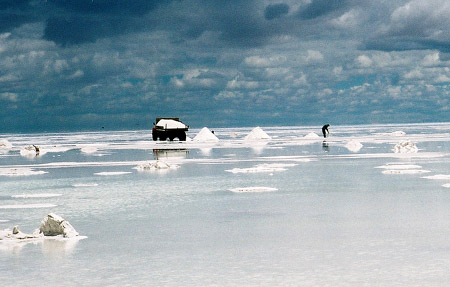 Now we are actually on the Salar. In the part of the Salar nearest Colchani, residents extract salt from the surface. They make piles of salt which they leave for days or weeks to let moisture get out. When the piles are ready, they drive out trucks and bring the salt back to town. 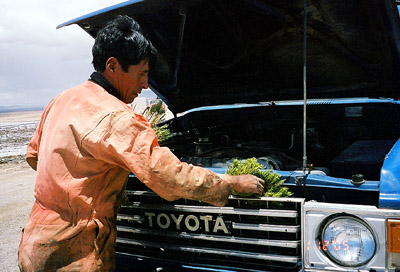 Our driver prepares for the drive across the Salar by putting some shrubbery around the radiator. He does this when the Salar is wet, because the salt gets all over the engine components. 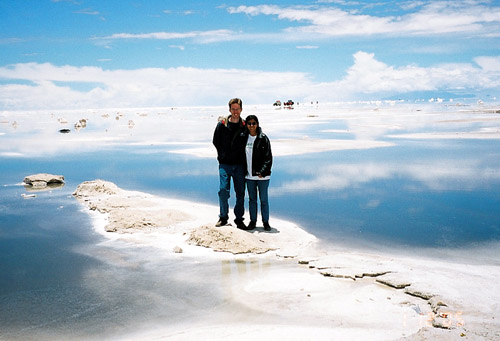 When the Salar de Uyuni is wet, it’s like you’re on another planet. 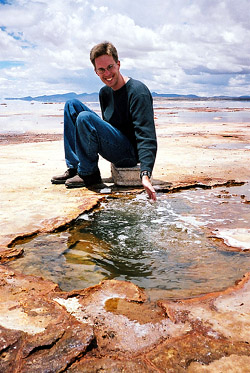 Josh dips his hand into one of the Ojos de Sal (“Salt eyes”) where water from an underground river bubbles up to the surface, forming new salt crystals. 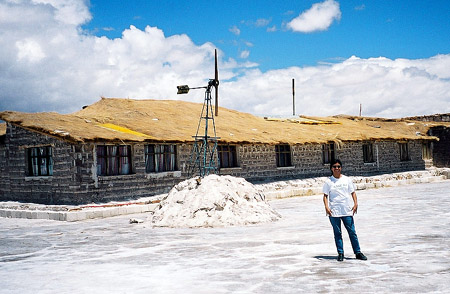 When the Salar is dry, it looks like a honeycomb, covered by a never ending series of hexagonal salt formations.

A dry portion of the Salar. 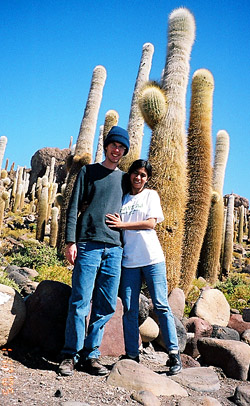 Despite being surrounded by a vast salt lake, the Isla del Pescado (Fish Island) is home to several hardy forms of life, like these huge cacti. 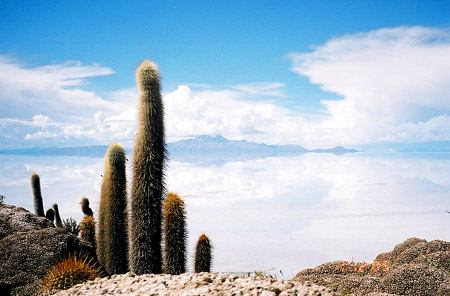 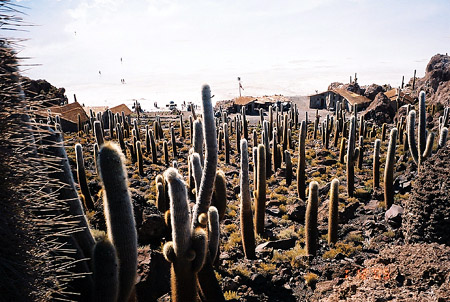 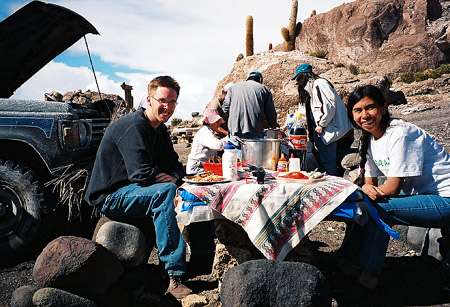 Yoli and Josh eat lunch on the Isla del Pescado. We had T-bone steak, toasted bowtie pasta, salad, and soda.