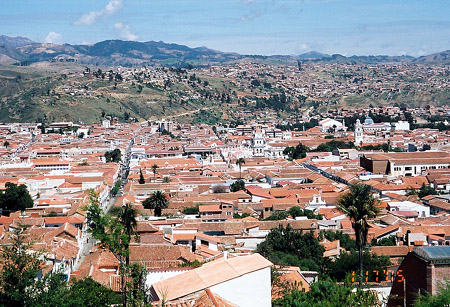 A view of Sucre, the constitutional capital of Bolivia 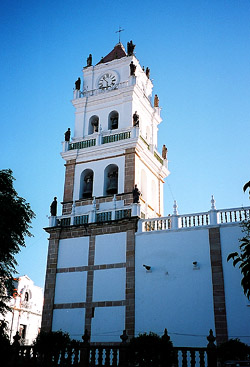 The older part of Sucre is filled with white buildings like this cathedral, which is why people call it the “White City.” 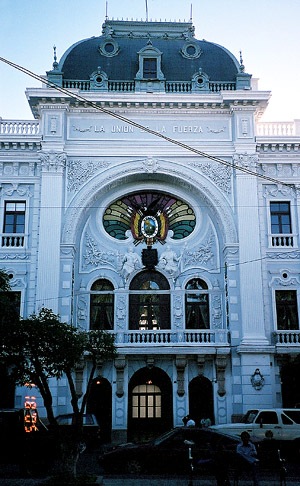 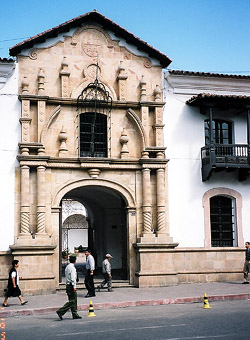 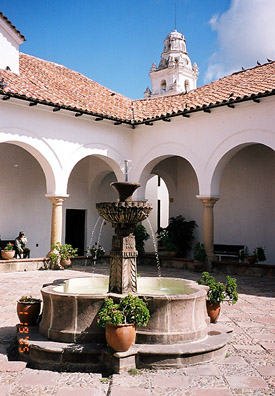 The courtyard in the Casa de la Libertad. Before being pressed into service for liberty and government, the building was built as a monastery. 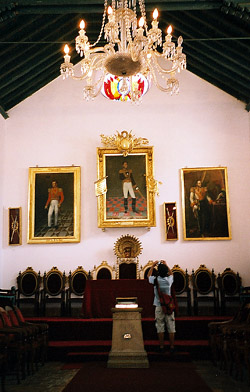 Inside the Casa de la Libertad, you can see paintings of Bolivia’s heroes, including Simon Bolivar, for whom the country is named. 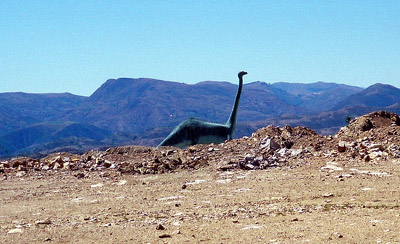 Just a few years ago, dinosaur tracks were discovered at a concrete quarry right outside Sucre. 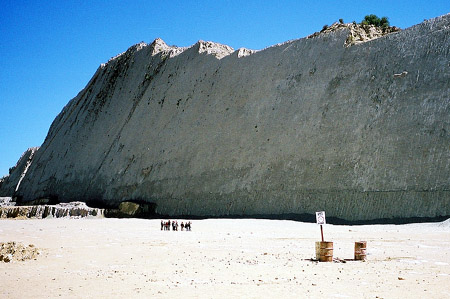 The wall where the tracks was found is HUGE. The tiny figures there are people. 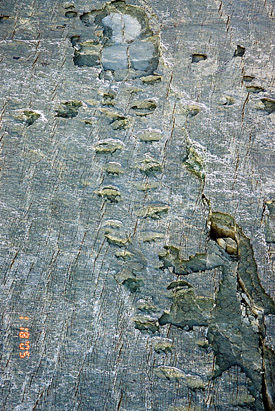 The next couple photos show various tracks on the wall. There are more than 5000, the most in one place anywhere in the world. 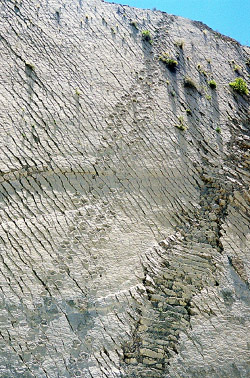 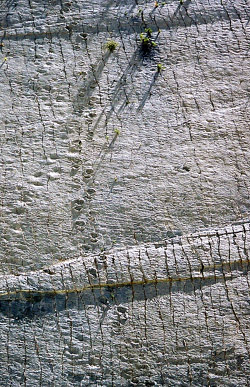 Yoli and I pose with our hardhats next to the “Dino Truck.” 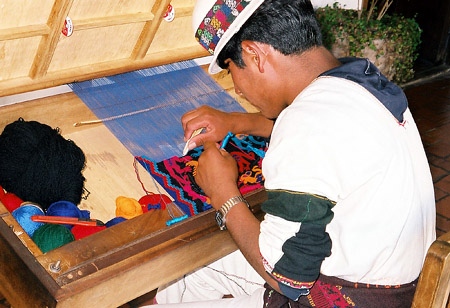 One of the best museums we visited in Bolivia was the textile museum in Sucre, where they have real artisans on hand demonstrating how they weave their beautiful tapestries.