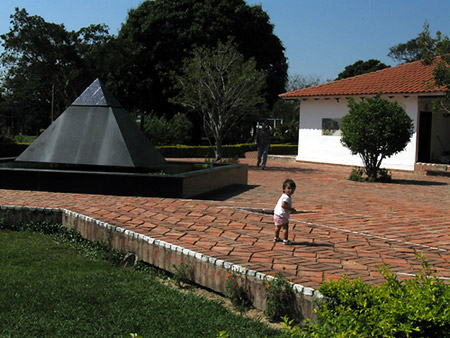 We spent all day Monday at the BioCentro Guembe, a new tourist destination in a suburban area near Santa Cruz called Urubó.

Getting there involved taking a bus to a spot on the fourth circle, then a taxi that would take us to the park. The drive through Urubo was interesting, it was my first chance to see a suburb for the rich people. It reminded me of development in St. Charles County and other exurbs in St. Louis. People build these beautiful, exclusive gated communities in the middle of nowhere, looking for peace, tranquility and a home away from the riff-raff. But eventually development will catch up with them, and the pastoral setting will be gone. 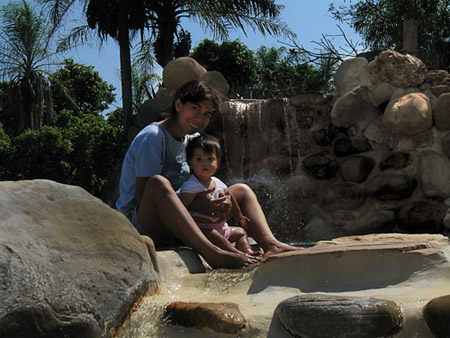 Back to the point, the park was beautiful. It’s somewhat pricey to get in, but once inside you can do tons of stuff. There are multiple levels of outdoor pools, fed by a waterfall and connected by little streams. There’s a lagoon with free kayaking. A “mini-club” which is like this big, beautiful castle for kids to play in, along with separate kids pools, a sand pit with toys, two different jungle gyms, swings, etc. There are no shortage of hammocks and seats for relaxing.

The park also has a butterfly house, a large orchid exhibit, and an unbelievably huge bird cage with an observation tower that takes you way up above the trees and gives you a nice view of office towers in distant Santa Cruz. A guided tour of these facilities is included in admission.

You can also pay extra for horse carriage rides, fishing, bike rentals, cabins, camping and food. Here is where we ran into a little bit of a problem. We brought pretty large chunk of change, but it was just barely enough to cover all our expenses for the day. We really had to skrimp at lunch (the restaurant is quite pricey, and the cheapest item on the menu, pizza, isn’t available at lunch), but we ended up having enough money to get home. If we had remembered to bring our debit card, there would have been no problems, but you so rarely can use a debit card in Bolivia that we never take it anywhere (plus, it’s not especially safe to have it in case you get robbed). 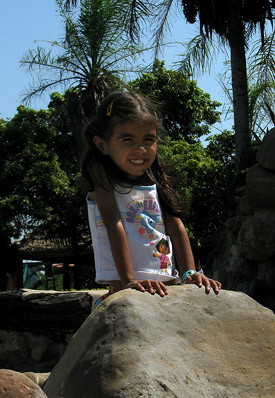 It was a lovely day. We started by dipping our feet in the adult pools. We didn’t bring any swimsuits, but now I am wishing we had packed them. It was still nice, though. Ludi, of course, doesn’t understand about wading. By the end of the day, she was naked, playing in the water. Jadzia accidentally got her pants and underwear soaked, so we had to hang those up to dry. 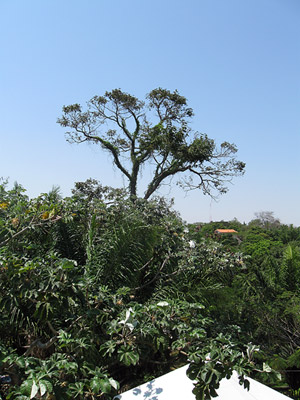 Jadzia really got a kick out of the mini club and we spent quite a while there. After a while we headed to the restaurant for lunch. We ended up getting three hamburgers and a pitcher of lemonade. It was good eats, with good french fries, but I wish we had had a bit more money available to spend.

We had hoped that Jadzia and Ludi would nap at midday in the hammocks. As usual, Jadzia was excited at first to see the hammocks, but all her fear kicked in when it was time to lay down in one. She would sit in it, but not lay down, not even after her Papa modeled how nice it was. Yoli came over and did some tricks to get her laughing and relaxed and laid down. But neither of the girls would sleep. Since they weren’t acting sleep-deprived and silly, we decided to let them stay up. 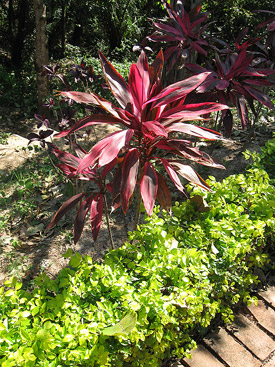 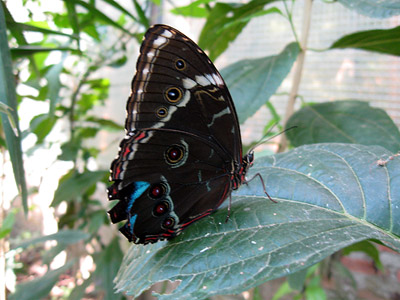 On the tour, we saw a little office/lab where they raise butterflies. In two large tanks there were tons of cocoons of various colors, shapes and sizes. From there we walked out to the butterfly housee. It was a lovely walk with interesting things to see along the way (like tiny honey bees that don’t sting you). Inside the butterfly house was pretty fun, not unlike the butterfly exhibit at the St. Louis Zoo. Pretty much all these butterflies are species native to this area of Bolivia. 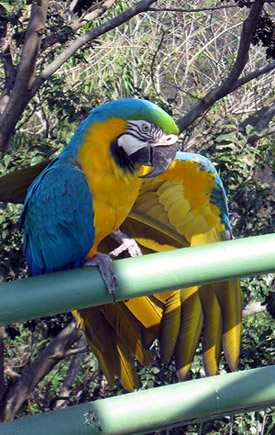 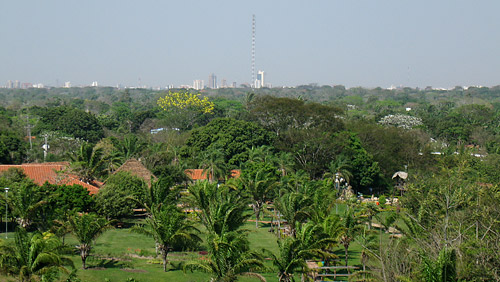 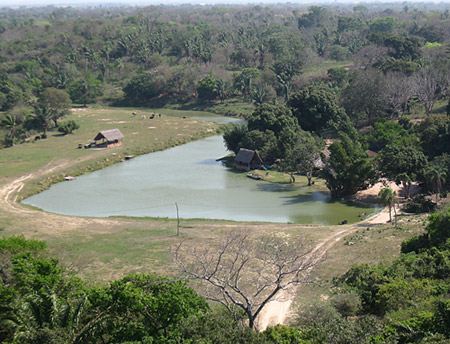 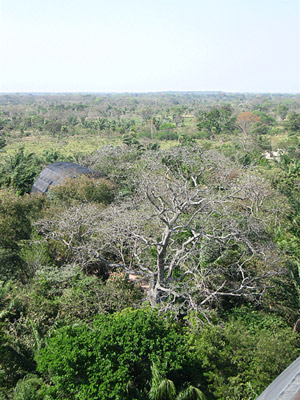 Next we saw the bird cage. The cage itself was just gargantuan. I really can’t gauge how big it was, but it must have been like a football field or something, and taller than the trees. Because it was midday, the birds were quiet and not really flying around. This cage is different from the one at the St. Louis Zoo. The path from the woods into the cage begins to climb higher, so that when you enter the cage, you are already elevated off the ground, and among the branches of the trees. At the observation tour, you just climb a series of two spiral staircases which take you out of and above the cage. On our way up we saw a parrot up close. Monday was a pretty windy day, but the gusts were much stronger on the deck of the observation tower. The views were awesome. If not for the fact that we had the girls with us and that Yoli is not especially keen on heights, I would have stayed up there longer. 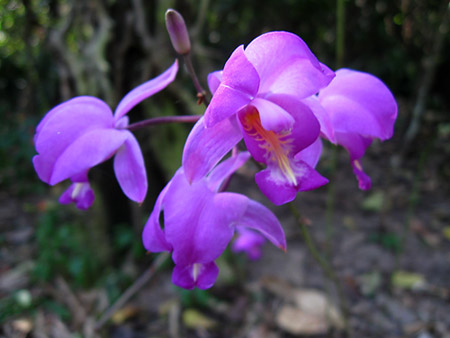 The last part of the tour was the orquideario, where we could see many varietes of orchids. This wasn’t the best time of year to see them, but still we saw many beautiful orchids in bloom. I got several decent photos, as you can see.

After all that, we took Jadzia back to the miniclub and the pools for a bit. It was about this time we took Ludi’s clothes off so she could really splash in the water. After that, we took a walk along the shore of the lagoon and found a nice spot with some chairs, two hammocks, and a swing. It was almost time to leave so we couldn’t spend as much time in the hammocks as I would have liked, but it was nice to relax for a bit. I have included two photos here which I like to call “Views from a hammock.”

There were some problems with getting taxis to go home, as they were wanting to charge us far more than it had cost us to drive there in the morning. But eventually we found somebody who took us straight back to El Jordan for a fairly reasonable price.

All in all it was an exhausting day, but lovely. You could really spend a lot of time at the BioCentro Guembe, indeed probably a whole vacation (though the price of the food would be a deterrent). It’s one of the best-run, most beautiful facitilities I have ever seen in Bolivia, and its clear the owners had vision and dedication to start it up. I think it will be a major tourist attraction.

One Reply to “Paradise: BioCentro Guembe”