Thursday morning we decided to take the girls to visit Santa Cruz’s Plaza.

A couple years ago they sort of revamped the plaza. They removed many trees and made other changes. At the time it didn’t look so good, but now that the trees have grown back it looks much better. There are also city guards all over the place who keep away street vendors and vagrants. This is somewhat controversial, but I suppose it does make the Plaza more inviting for tourists.

We had planned to go up on top of a shopping mall along the Plaza to get a nice view. Yoli and I did this way back in 2003 and got some nice photos. However as we walked in front of the Basílica Menor de San Lorenzo, we noticed that one of its towers was labelled mirador (an observation tower). This was new to us, and we thought it would be really cool to climb up with the girls. Unfortunately, the tower was closing at noon, and it was 11:40. They wouldn’t let us go up.

We were bummed, but it wasn’t a huge deal. We headed over to the shopping mall and zigzagged our way up to the third floor, looking for the staircases which would put us on the roof. We finally found them — but barricaded by flags and buckets of cement. The roof was closed!

Oh well. We still managed to get a lot of nice photos of the Plaza and its environs. Enjoy. 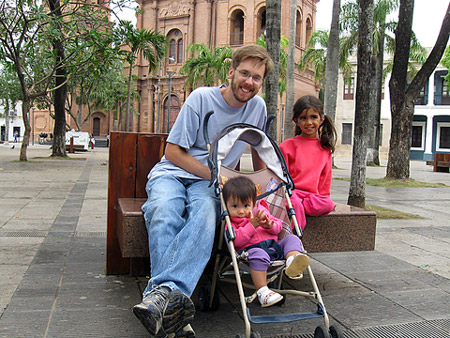 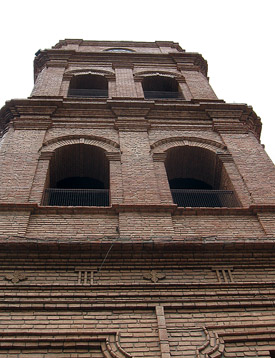 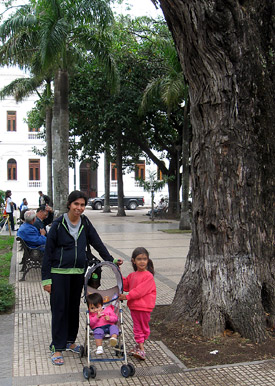 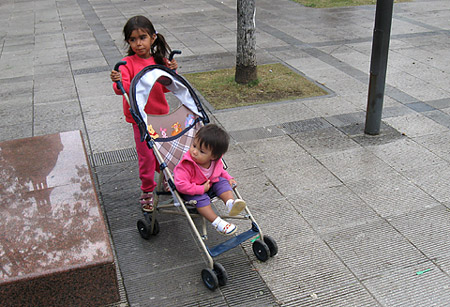