We made it to Cotoca. It only took us a few years.

Cotoca is a little town outside of Santa Cruz that is known for its arts and crafts market on Sundays. It is also home to the Virgen de Cotoca, which draws religious pilgrims from the surrounding area to come and receive blessings.

Yoli and I had been meaning to visit pretty much every time we’ve been in Bolivia (I think this is my 7th trip). But something always comes up, either with our schedule or with regional politics. The last few years there had been fights going on that deterred us from visiting.

But this year, everything was pretty much peaceful, so we finally made it out.

Along the way we passed a tollbooth — a tollbooth that had been hijacked by the handicapped. It’s a long story, one which I don’t fully understand, but ….

As we left the bus and walked towards the plaza at the center of town, we passed several restaurants where patumucos and arepas were being cooked outside. We had already planned to buy food in town, but it was hard to resist just buying right away! 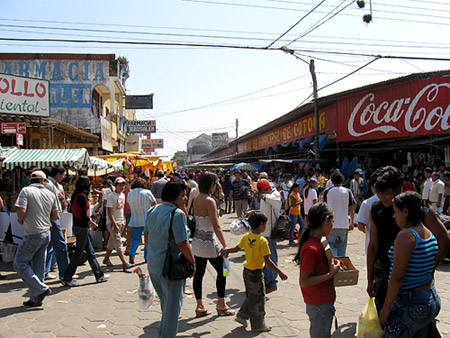 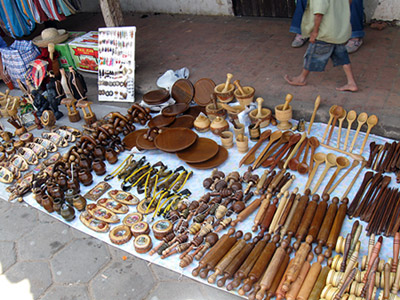 As we walked around the plaza, we saw lots of pilgrims at the church. Along the streets were numerous booths filled with beautiful pottery, lots of handmade wood items like poros for mate, and bright plastic toys. 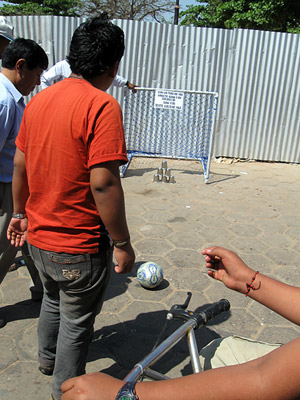 We also saw several amusements: a bunch of foot-powered bicycle/cars where two people could ride, and a bowling-style game that used a soccer ball and the participant’s kick. If you could knock down all the cups with one clean kick, you could win 5 Bs. 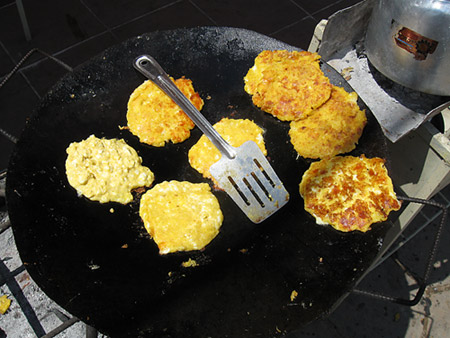 The plaza itself was under renovation and it didn’t have many benches available. We decided to wander back toward the first restaurant we saw when we got to town and eat there. We ordered three arepas, one pacumuto, one zonzo, hot chocolate for Jadzia, chica for me, and mocochinchi for Yoli. It was pretty good overall, but Jadzia was picky with her food. In fact, all day I had a bit of trouble getting her to eat. (Funny how we never have problems getting her to drink chocolate milk in a bag or hot chocolate in a mug) 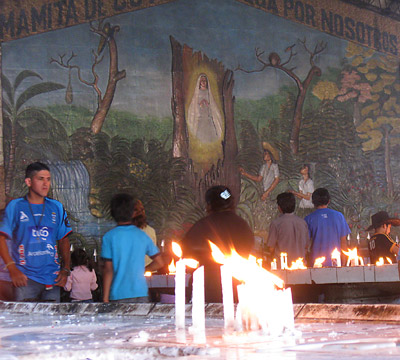 Before we left town we headed to a sort of plaza within the Cotoca church. There was a special covered area with murals in the back and tables in the front where pilgrims could light candles and pray.