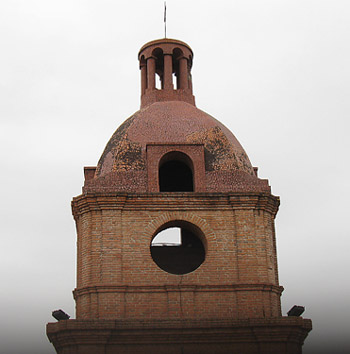 Friday morning we headed over to the Plaza 24 de Septiembre at the heart of Santa Cruz. The scenic cathedral at one corner of the plaza, the Basilica Menor de San Lorenzo, opened a mirador several years ago. In 2008, we tried to go up, but could not because we got there after 11:30 a.m. and it closed at noon.

We got a late start to our morning (as we usually do), and it was looking like this attempt would turn out to be a repeat of two years ago. But we got to the cathedral right on time and had no problems going up.

Maybe we are a little crazy, climbing twisty stairs with four children in tow, just for a nice view. But we like church towers, faros, and observation towers. That’s the way we roll.

We walked all the way to the top, but found that the top was not a lookout spot: It was the mechanism for the cathedral’s clock and bells. 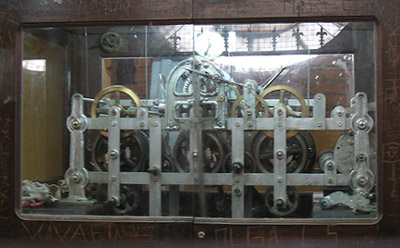 After looking at that for a bit, we climbed back down one level to the highest lookout spot. We got a nice view of the plaza and the city, as well as the tower on the other side of the cathedral.

I shot some photos, but spent more time shooting video. It was not easy, because the girls got restless fast and we had to watch Josie and Ludi to make sure they didn’t try going back to the stairway without us. Also all the windows were secured with chicken wire, which made it tricky to get good shots.

The wind was fierce, as it was yesterday, and the girls got a little cold. But we stayed in the tower a good 30 minutes before it was time to go down. 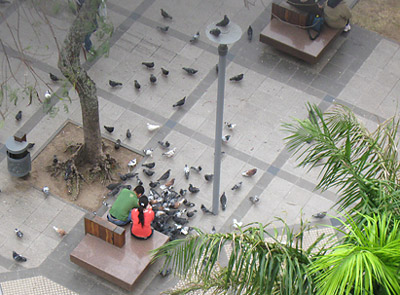 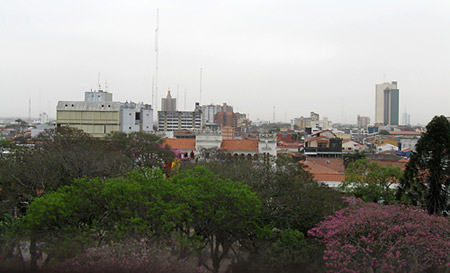 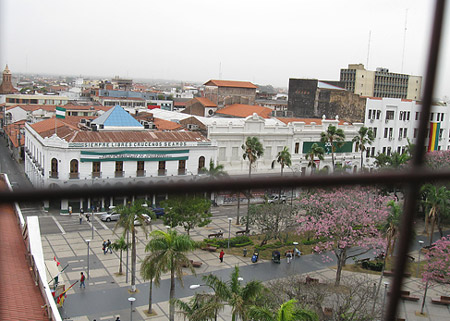 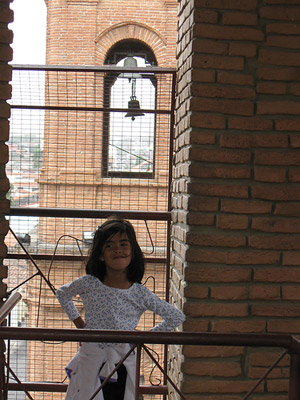 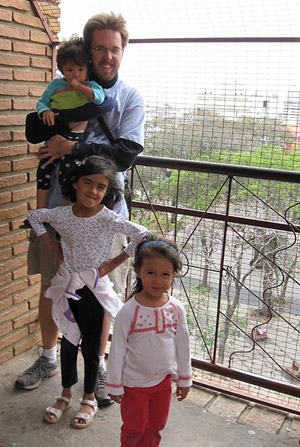 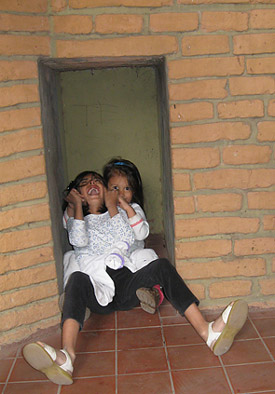 After the tower we spent some time in the plaza. The girls were chasing pigeons all over the place. Ludi especially loved running after them. We changed some dollars into bolivianos, but ran into the ever-annoying problem of “we won’t take your brand new $5 bill because it has a tiny tear.” Security features be damned. That tear makes one’s money worthless.

We walked over to the Píccolo restaurant, which is a lot like Dumbo. Kid-friendly, dessert-heavy menu with a big playground for the kids. The girls did alright, but Ludi continues to not eat french fries. They were mostly interested in playing anyway.

A note about waitresses in Bolivia. Like their counterparts around the world, they work hard for little pay. Because they work at night, they often have to take taxis home (which are more expensive) since many buses stop running after 10 p.m. Tipping is not common in Bolivia.

I always make a point to leave a tip at sit-down restaurants whether I’m at home or abroad, because of my experiences working at Tornatore’s Ristorante years ago.

Our waitresses at Dumbo and Píccolo were very surprised and pleased to get tips, even though they weren’t large. Their faces glowed, Yoli says. She stuck around to make sure that the right people actually took the money. You can’t just leave the tip on the table … someone else will steal it.

After all that play and climbing all those steps, the girls were pretty worn out. Josie and Ludi took great naps.

But those naps are now over, so it’s time to wrap up this blog entry!

One Reply to “Climbing the cathedral”