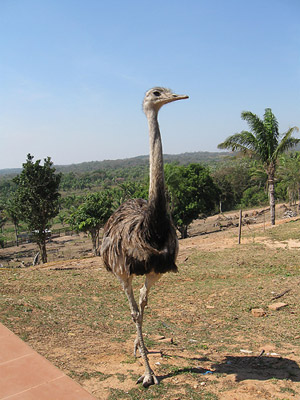 We had an all-day picnic today at Corina and Marco’s farm near Urubó. It’s in the same vicinity as the Biocentro Guembe that we visited two years ago, but much further out from civilization.

The farm was just beautiful with an amazing view. They have been working for two years to clear it of trees, etc. Now they have horses, cows, pigs, chickens, turkeys, dogs, cats, a rhea (ostrich), and a monkey. They are growing potatoes, yucca, tomatoes, lemons, herbs, and probably other things I can’t remember. Not to mention the huge pavilion, an adobe oven, and a sand volleyball court.

The girls were mostly in heaven, seeing the animals, walking around the property, and playing in the sand.

Lunchtime for our large group was more trying, at least for me. It was a typical Bolivian lunch, consisting of a locro soup (chicken, rice, and potatoes) to start, followed by majadito (seasoned rice with beef and hot dogs). The girls complained as soon as the soup was served… They just don’t do well with it. And whenever they start their food shenanigans, I sort of blow my stack.

We made it through, but not before the rhea (ostrich) came multiple times and tried to steal our food. This added to the girls’ goofiness.

The pavilion had many hammocks, which the girls enjoyed. Yoli and I didn’t really get to swing as much as we might have liked (but we certainly got to do our share of pushing. 🙂

Near the end of lunchtime, Corina showed up with her son Keiden. After a while, Heidi took Josie and Keiden for a wagon ride around the property. Josie really liked it, so I took her for an extra lap (with Ludi on my shoulders), and we did it again later in the evening.

After a while, folks started preparing bread to be baked in the adobe oven. While the bread was baking, there were some chess being played. I watched as much as I could when the girls weren’t pulling me away.

The cuñapes that came out of the adobe oven were hands-down the best I have ever eaten. The freshness was a big part. Yoli makes them very nicely in St. Louis, but she doesn’t have access to true Bolivian cheeses. Anyway, that oven was pretty cool. All the bread that came out of it was tasty.

At the end of the evening we all played a little volleyball. I had my moments, but having not played in many years, I was as rusty as most everyone else out there.

All in all it was a fantastic day despite a few trials. We really enjoyed it. The peace and quiet was so nice (when the big girls were playing and Joseph was sleeping), the weather was good… It was a lot like being in Samaipata at the cabañas.

Here are a ton of photos from the day: 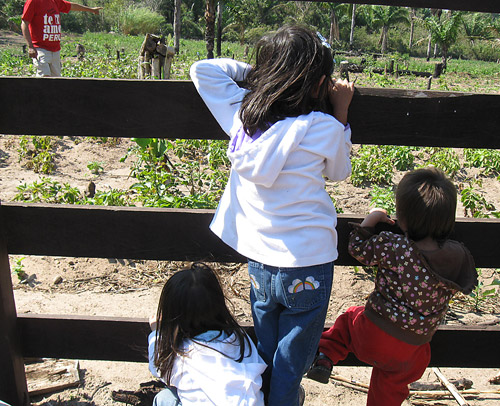 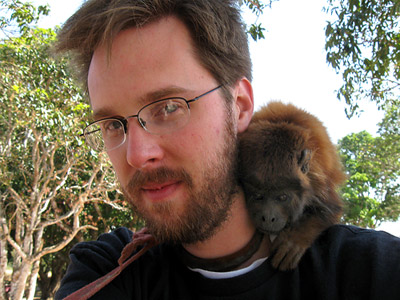 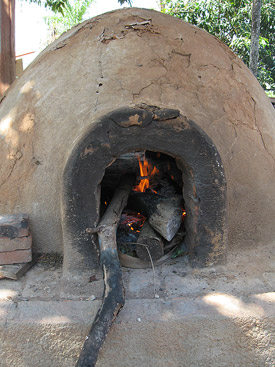 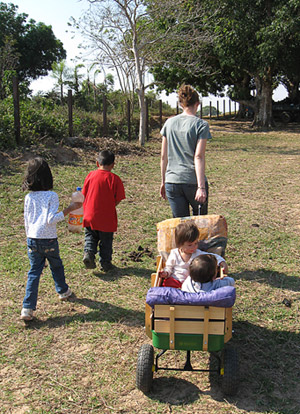 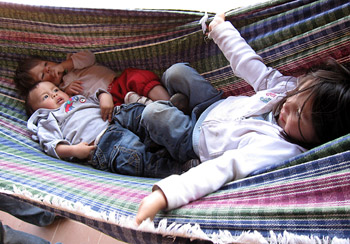 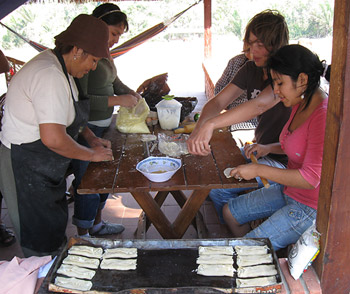 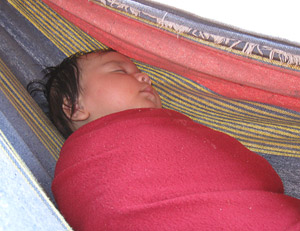 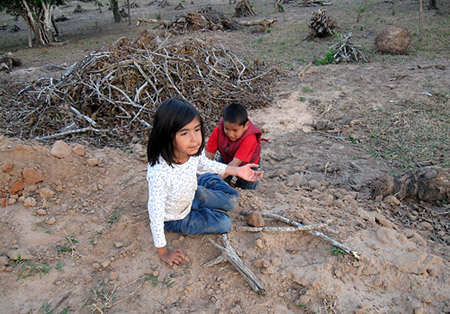 One Reply to “Sublime picnic”