My parents generously agreed to look after our kids. So for the first time since 2005, it’s just Yoli and me travelling in Bolivia.

We drove from San Antonio to Houston in order to catch our flight. Traffic was hairy in Houston, but at last we made it to the planes. The flights themselves were fine, but I got sick when we landed in La Paz and Yoli had bad sinus pain.

At last we got to Santa Cruz. The customs and visa processes were pretty painless, and seemed to go a bit faster than in the past. We didn’t have to wait in line on a staircase like we have before.

Marco met us at the airport and took us to El Jordán where we ate some breads and yogurt. Yoli also changed our $20 bills into Bs, but she learned that the money changers seem to prefer $100 bills now. They even give a better exchange rate if you use $100s. At least our $20s were clean and crisp so we had no trouble. Then it was time to catch an express taxi to Samaipata.

The road to Samaipata takes about three hours. Much of it is straight through the lowlands with frequent stops for speed bumps in little pueblitos. We passed through El Torno, and later saw the sign for Hogar Nacer. Traffic was worse than I remember, but the roads were in decent shape.

But that changed when we began climbing up into the hills. Right now Bolivia is in winter, which is the dry season around Santa Cruz. This year, though, they have had very heavy rains. Last week there were many derrumbes (landslides) which made the road to Samaipata impassable. Crews have since cleared the roads. They are passable, but stroll treacherous. Very bumpy, sometimes wet, and sometimes there is room for only one vehicle at a time and traffic stops to let big trucks go through. I was amazed at all the big trucks taking this broken, slow road. 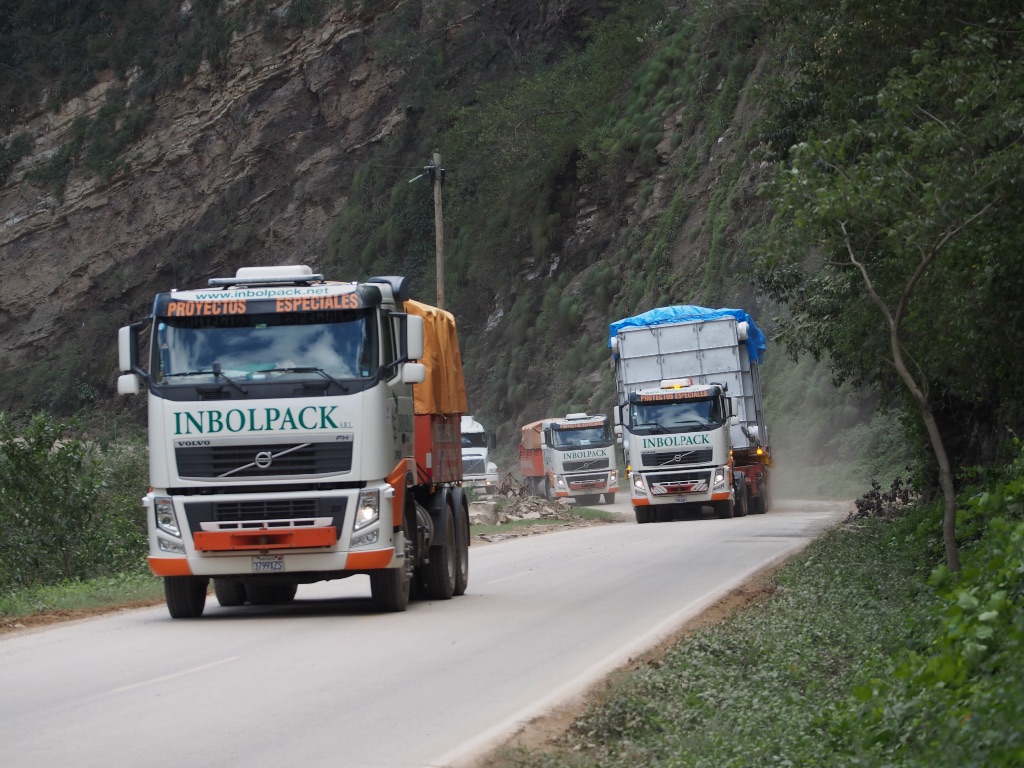 It was a rough journey. Yoli and I were already tired and not feeling great. But after many hours, finally, finally we pulled in to the driveway of Finca La Víspera, which is sort of a horticultural getaway place. They have nice cabins, gardens, mountain views, and more.

We paid for our room, and went straight to nap. After a while we woke up and took the 15 minute walk into town to find dinner. We ended up sharing a pique macho. Then we walked back in the dark, and had a great view of the stars.

It is quiet here, the Internet is very slow, and so it’s a nice change of pace. We’re thinking of our kids and hoping they are having fun with their Nanny and Grandpa. Now that all our long journeying is over, hopefully we will have some fun now too..