Now that we are back home, I’m going through all the video clips we accumulated in Bolivia during our three-week trip. I’ve put together a retrospective of the trip, set to music by Los Cambitas.

(If you like their music, you can buy their albums online. The website is slow, but it does work. Also, it’s in Spanish. Look for the “Descargar este disco” button to buy the album.)

END_OF_DOCUMENT_TOKEN_TO_BE_REPLACED 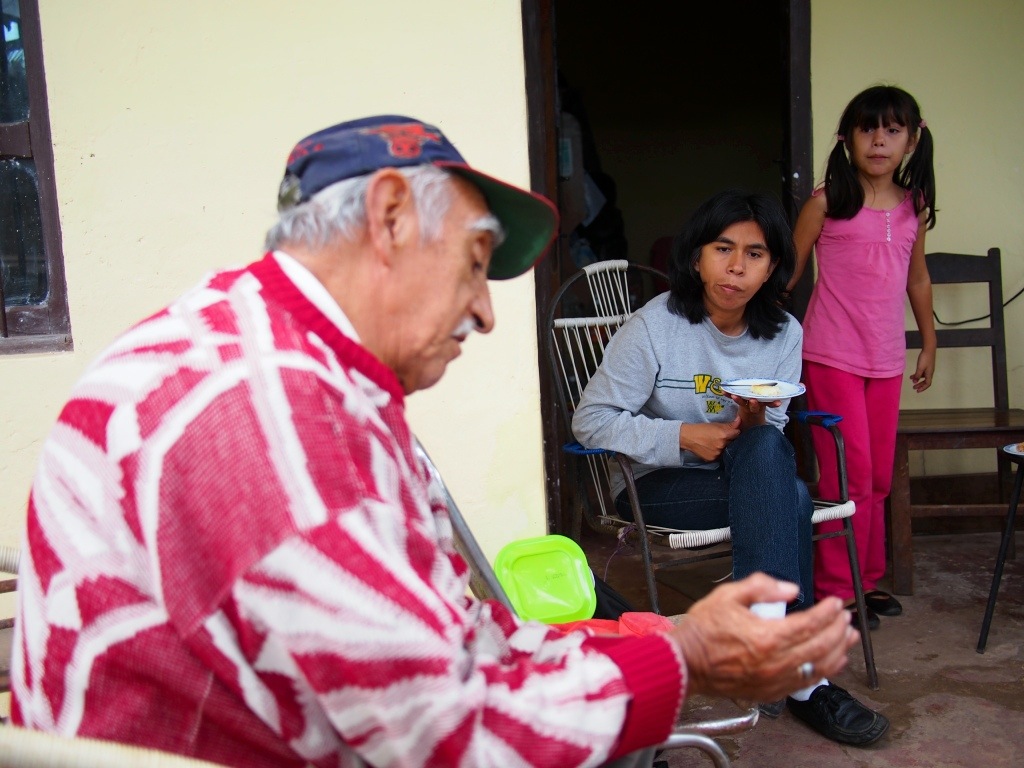 Our last morning was spent having a late breakfast of bread with chocolate icing leftover from Yoli’s cake-making. Yoli’s friend Dora came over and together they practiced making apple pie. They baked two: one for us and one for her.

We had to figure out how much money we need to pay out guesthouse bills, the Bolivia exit tax, last meals, etc. Then Yoli took a last trip to the ATM.

On her way she found a nicer restaurant near the guesthouse and bought some feijoada and tallarín for lunch. Wish we had found it sooner! I guess we’ll file that away for next time.

END_OF_DOCUMENT_TOKEN_TO_BE_REPLACED

Last night was our last hurrah in Bolivia: Jesy’s quinceañera.

Yoli worked on a chocolate cake for her, but the decoration didn’t go quite as well as she hoped. Still, it proved very tasty.

We went over to El Jordan where the party was to be held. Lucy was there, but nobody else. It soon became clear that the party, which was supposed to start around 6:30 would instead start on Bolivian time.

END_OF_DOCUMENT_TOKEN_TO_BE_REPLACED

Our last day in San Ignacio was spent packing, lounging, waiting. We were at Noemi’s for much of the day. While there, Norma, the pastor’s wife, showed Yoli and I the church, their parsonage, and then a home they rent outside of town. This latter had all sorts of different fruit trees.

END_OF_DOCUMENT_TOKEN_TO_BE_REPLACED

After more than one week of trying, last night I finally succeeded in uploading this 1 minute video to Vimeo. This video was shot two Fridays ago, when we had fried sábalo for lunch at Don Hector’s.

END_OF_DOCUMENT_TOKEN_TO_BE_REPLACED

After rain the day before, on Thursday we got a bit of sun and clear blue skies in the morning.

The night before we had discovered an old bottle of “Off” in our travel bag, so we had tried to spray the kids at bedtime. Unfortunately some were already asleep, so they still woke up with more bites, but not near as many as they had gotten Tuesday night. They continued to look like they had “mosquito pox”

Yoli and Noemi went to the market to buy groceries, so I took Jadzia, Josie, and Joseph to the Plaza. The kids wanted their photos taken (“glamour shots” if you will), so I obliged. I also took some more photos of the misión since we had blue sky at last.

END_OF_DOCUMENT_TOKEN_TO_BE_REPLACED

This was a tale of two halves of a day.

Yoli and I woke up somewhat stiff from the beds. The kids woke up covered in mosquito bites. They began calling it “mosquito pox.” Yoli tracked down the mosquito, swollen from its meals, and killed it.

Later in the morning we hired a taxi driver to take us to the other side of the Represa Guapomó to see a couple of the area’s attractions.

END_OF_DOCUMENT_TOKEN_TO_BE_REPLACED

We felt the difference right away. San Ignacio was not cold and wet as Santa Cruz has been for the last week.

It’s a dusty little town that looks a lot what Santa Cruz must have looked like long ago when it was small. The dirt is red, and everywhere. Most of the buildings are built of adobe bricks covered with concrete, with tile roofs. Wood carvings are common in the form of ornate pillars and posts, or signs. Motorcycles are the common mode of transportation. Jadzia noticed right away how many women drive motos here.

END_OF_DOCUMENT_TOKEN_TO_BE_REPLACED

The bus ride from Santa Cruz to San Ignacio was long, bumpy, and full of stops.

END_OF_DOCUMENT_TOKEN_TO_BE_REPLACED 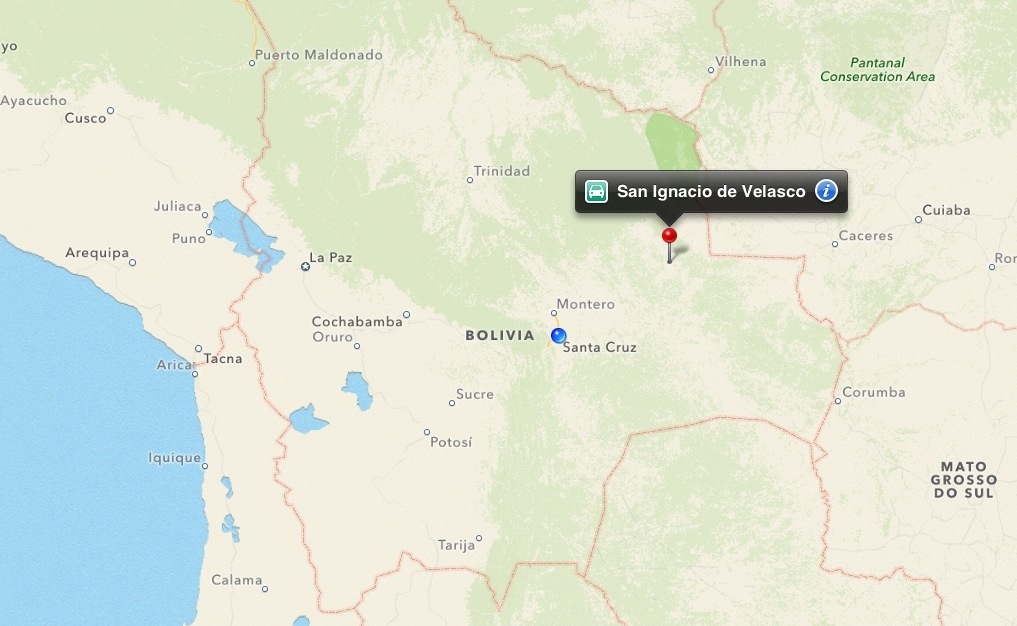