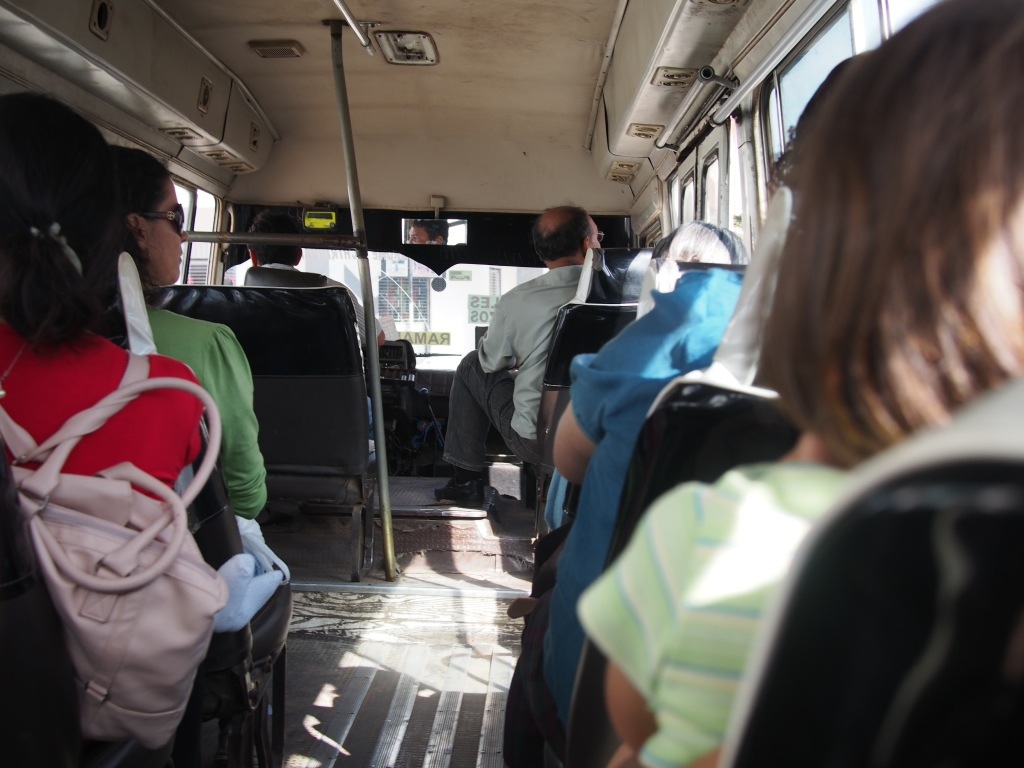 Ten years ago I learned to ride Bolivian buses by myself to and from Hebron Seminary where I was staying. Now my four kids are learning the ways of the bus. Things like: kids give up their seats for adults when the bus is full; keep your hands inside; get on and off quickly; and hold on tight.

Certainly taxis are easier and quicker. But they also cost a lot more, so we’re sticking to buses for now, given the massive unexpected epenses we ran into in Chile thanks to Travelocity.

Joseph loves the idea of riding the bus, and loves pointing out all the things he sees as we drive across town through throngs and thick traffic. His favorite thing to notice is, of course, other buses, followed by motorcycles. Luckily for him, there are plenty of both on the streets of Santa Cruz.

We spent our morning at the house of Yoli’s sister Lucy and her husband Juan. Their daughter Jesy will be turning 15 during our trip, which means there will be a quinceañera .

Jadzia and I pretended to shoot baskets with a basketball (no hoop). For lunch we had rice and potatoes and veggies, along with panza, which is cow stomach. I didn’t care much for the latter, but the kids generally ate it without complaining (they didn’t know what it was).

In the afternoon we went to El Jordán, a support center for street kids. Yoli was to help teach a cake decorating class. Our kids were in childcare along with the other ladies’ kids, giving them a chance to play and practice some Spanish. I was drafted to take some photos of activities all around, which I did until I ran out of battery power. The class was full of ladies, and the kitchen was packed. Cakes were baked and icing tips were tested over and over.

One little boy named Joel (ho-EL) seemed particularly attached to me. He wanted me to swing him around forever and ever.

As class ended and kids came down from childcare, the play got more wild. Josie was especially interested in playing with a group of kids. She didn’t know what they were saying, but she did understand the universal language of play.

Marco came to take us home, and Yoli bought our favorite Lomito sandwiches from Hot Burger to take home for dinner. The kids closed out the night making origami crafts Yoli bought. 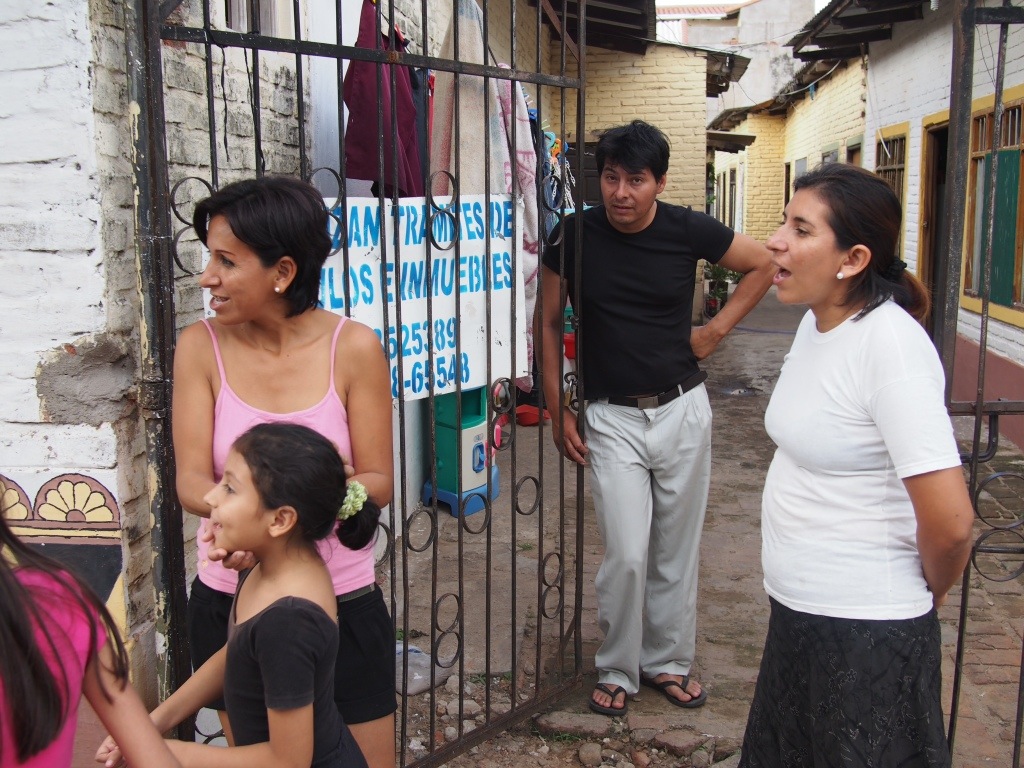 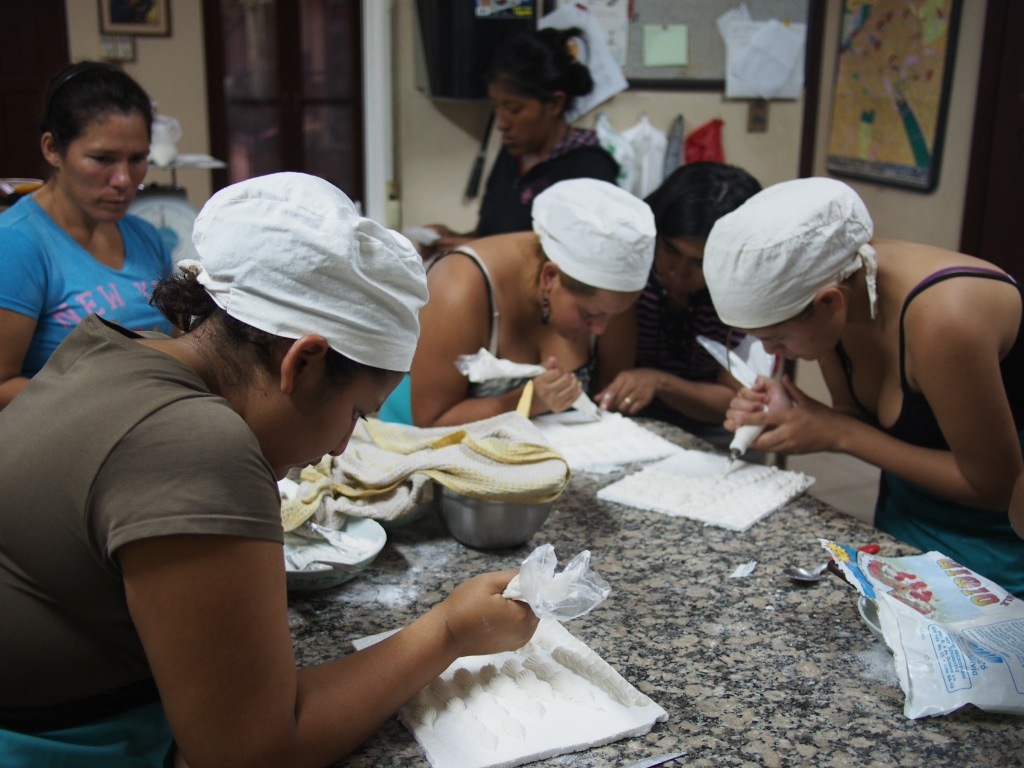 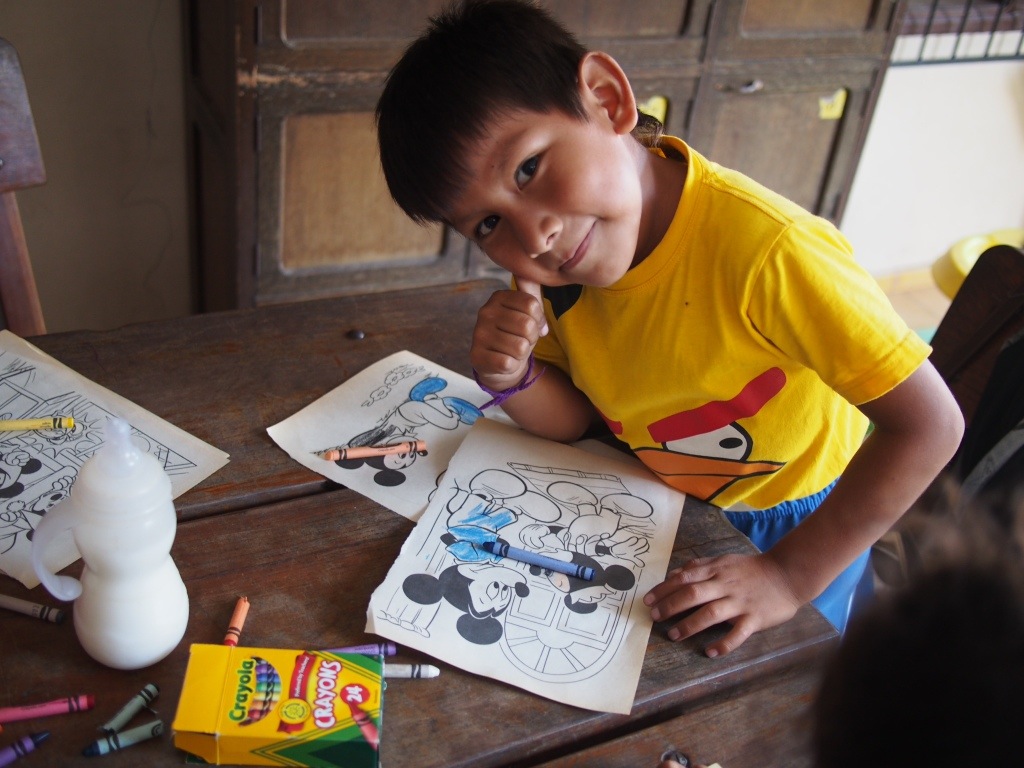 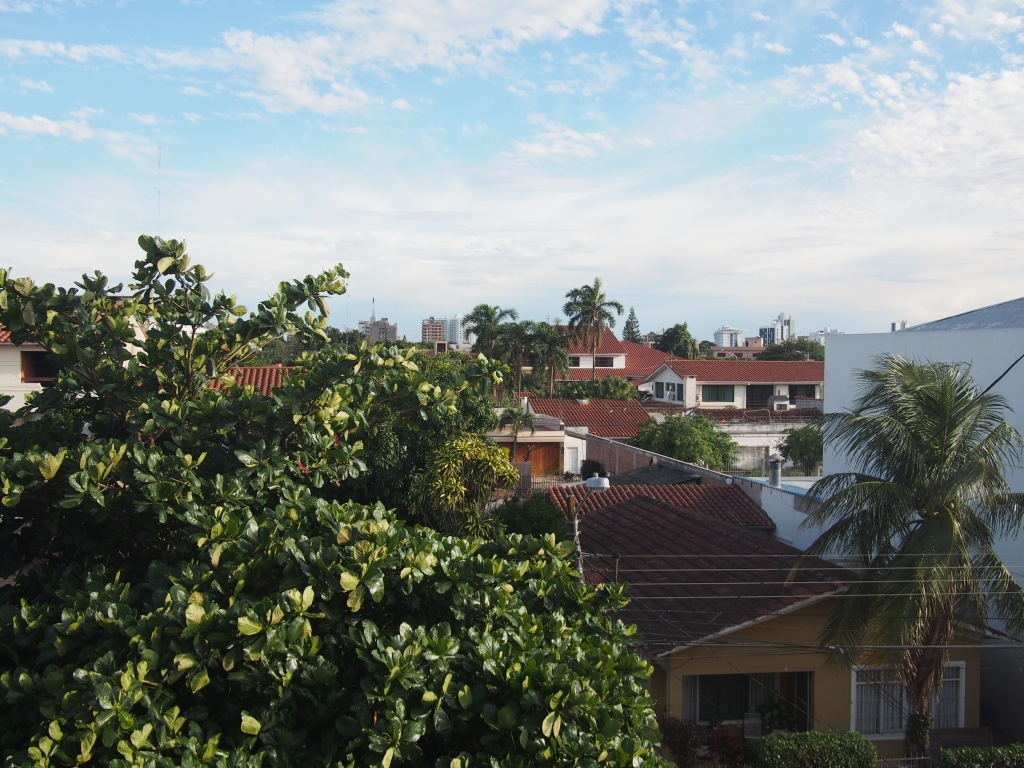