Here are some photos of the new construction at El Jordán. First a few notes: The name refers to the Jordan River in Israel, which the Israelites had to cross before entering the Promised Land. El Jordán is a support center for street kids where they get help to leave behind their old life and “cross the river” to a new life.

Several years ago, the folks at El Jordán were able to buy the property next door. They had been praying for this opportunity. They named the new property “Jericho,” which was significant in several ways. First, in the Bible, it was the Israelites next major challenge after entering the land. Second, the Israelites had to tear down the walls of the city. The same would be true of this Bolivian Jericho. They cleaned it up, but at that time didn’t have the money to begin demolition and construction.

So that’s the background. Here are the photos: 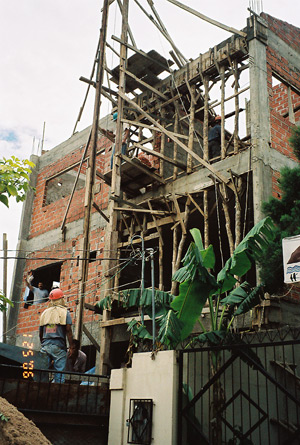 This is “Jericho” from the front. Yoli and I had our wedding reception on this property in 2003. Late in 2005 they tore down the old house that had been there and began the construction that you see in this picture. 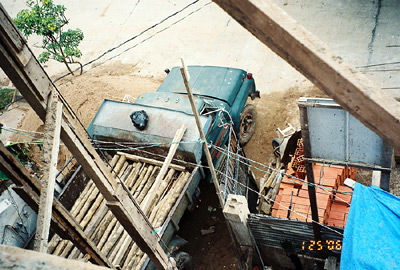 They don’t use many two-by-fours in Bolivia. It’s mostly straight skinny tree limbs. 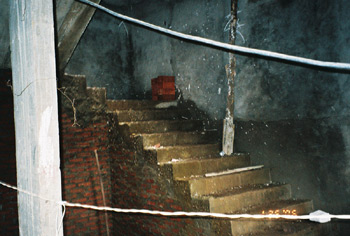 Inside the structure it was pretty dark, especially on the first floor. Because they build with bricks and concrete (and there had been rain), it felt very damp and there was mud on the floor.

This was definitely a construction site. There were obstacles everywhere, and we were constantly ducking under things to see all the rooms. I did all this with Jadzia strapped onto my chest in the baby carrier. I probably wouldn’t get away with that in the U.S.

When we visited the construction site it was siesta time, so there were workers everywhere hunkered down for a quick nap. 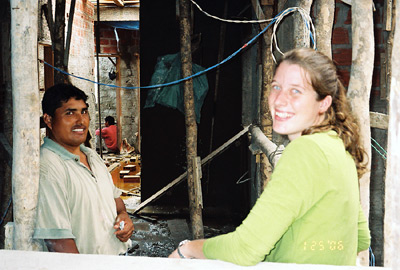 Eulogio (left) and Heidi (right) are workers at El Jordan. They will each get new apartments when the new building is finished.

The view from the top of Jericho is pretty amazing. You can even make out the Andes mountains far to the west. 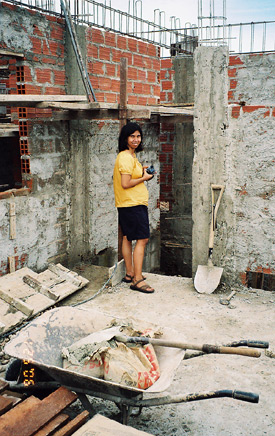 Yoli on the top floor.

Josh and Jadzia on the top floor near the construction elevator. I wanted to actually walk out on those planks with Jadzia, but Yoli probably would have killed me, so I didn’t. 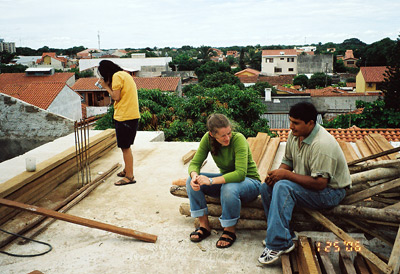 As you can see, there aren’t any guard railings around the roof yet. This made the experience more exciting.

As we were leaving, I spotted a horse cart down the street, so I ran down to snap a picture.