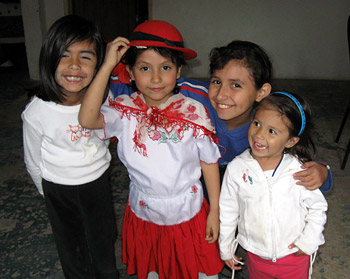 Bolivia’s Independence Day is this Friday, and the official state celebration will be held this year in Santa Cruz, rather than Sucre or La Paz (the capital and government seat of the country, respectively).

There are lots of festivities leading up to the day. This morning we went to Yoli’s old school, Instituto Superior de Bellas Artes, which her niece Melany now attends.

Most of the classrooms of the school were themed after one of Bolivia’s departments (La Paz, Chuquisaca, Santa Cruz, etc). Melany’s class was Oruro, a city I visited with Yoli in 2005. She had made api as her part of the activities. We also saw dioramas of mining and cement factories, examples of typical food, and much more.

The school was crowded with parents and students. It was tricky navigating the school with Josie in the stroller (I can only imagine the havoc she would have wrought if she had been free). There were lots of kids in colorado soldier uniforms, and we also saw some dressed up in traditional clothing from the various departments.

Both my cameras were really acting up. I couldn’t shoot video at all, but I was able to get some still shots, which you can check out below: 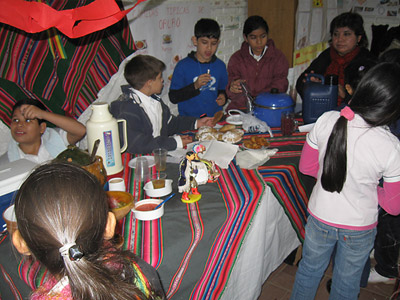 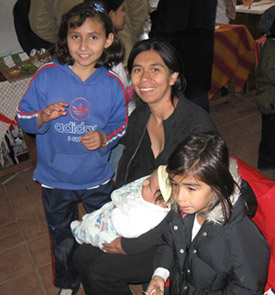 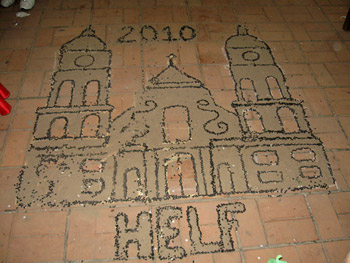 After school, Eliza took us over to her house for lunch. Our girls had lots of fun playing with their cousins. Rebeka decorated Jadzia with her play make-up, which excited Jadzia to no end. Her eyes and cheeks were blue.

For lunch we had some soup, and for segundo lasagna. Eliza’s husband Boris was able to come and eat with us between school in the morning and his internship in the afternoon.

Rebeka went to her school in the afternoon for her own Indepdence Day presentation. She was dressed in a tarijeña outfit. 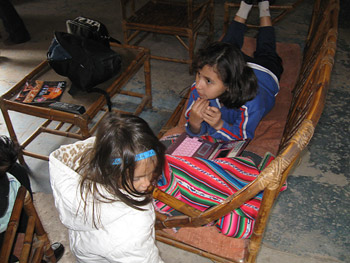 After a while we headed to Don Hector’s place for the evening. He and Doña Lucila were baking bread. He made little squares of puff pastry and she made some oatmeal bread buns.

I was able to get the video camera to stop balking, and shot lots of video of Don Hector making the bread.

The cold weather didn’t let the bread turn out to Don Hector’s exacting standards, but it was very good. We ate it and drank mate.

We ended up staying a good while longer than intended for various reasons, and Doña Lucila made us some masaco in the evening.

All in all, a tasty and festive day. 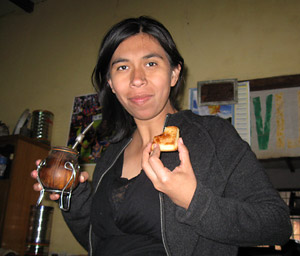 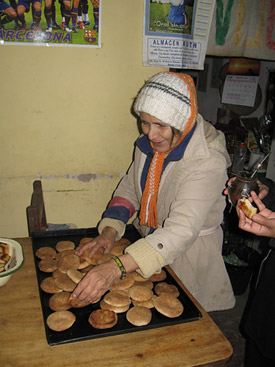 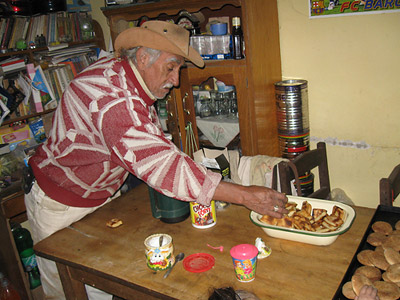 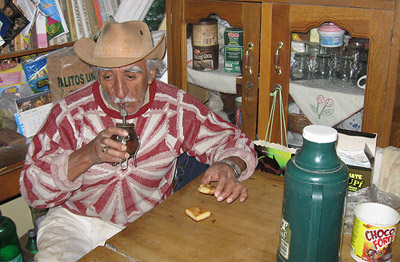 One Reply to “A tasty and festive day”