Sunday in the U.S. was Father’s Day. Down here in Bolivia, it was just the Lord’s day.

We went to Yoli’s old church, Esmirna, which is right next door to her parents’ house.

Every church is different. Esmirna is a small neighborhood church, though it seems to me that there were a lot more people this morning than I remember seeing on prior visits.

We got there in time for the Sunday school classes. Kids have their classes by age group, and then adult men and women have their classes. Each group picks a verse and a song to recite later. When the whole congregation assembles, then each group goes up to the front and shares their verse and sings their song. I have a bilingual Bible, so I could recite the verse, but I didn’t know the song.

Yoli’s sister Sara works at the Bolivian Bible Society, so she made a presentation about some of their projects. We have bought a few books in Spanish from them before and plan to do so again for the kids.

After church we headed next door to Don Hector’s for a sort of Father’s Day celebration.

Early on, Jadzia called me outside: there was a chicken sticking its head through the shower door. Apparently Doña Lucila put the chicken there temporarily to manage the laying of eggs by her chickens.

We are lunch, then watched two DVDs which we brought for Don Hector: ‘Blackthorn’ and the official 2011 Cardinals World Series video. We drank mate and ate some coffee cake Yoli made this morning.

At one point a fight broke out in the street in front of the house. A large, shirtless, red-headed guy was on about something. Apparently he drinks and makes trouble sometimes. Nothing came of it, thankfully, and it all broke up.

On the way home we saw a candy apple vendor. The bright red apples seemed like a great photo opportunity, but we are hesitant to use the camera when lots of people are around to avoid attracting the attention of thieves. But when we ran across the same vendor again, I just had to get the photo, so Yoli bought an apple for the kids and they ate it as we walked to the avenue where we wait for the bus.

Later at the guest house we discovered Josie and Ludi had been “painting” their nails with a Sharpie, and they stained the sheets. 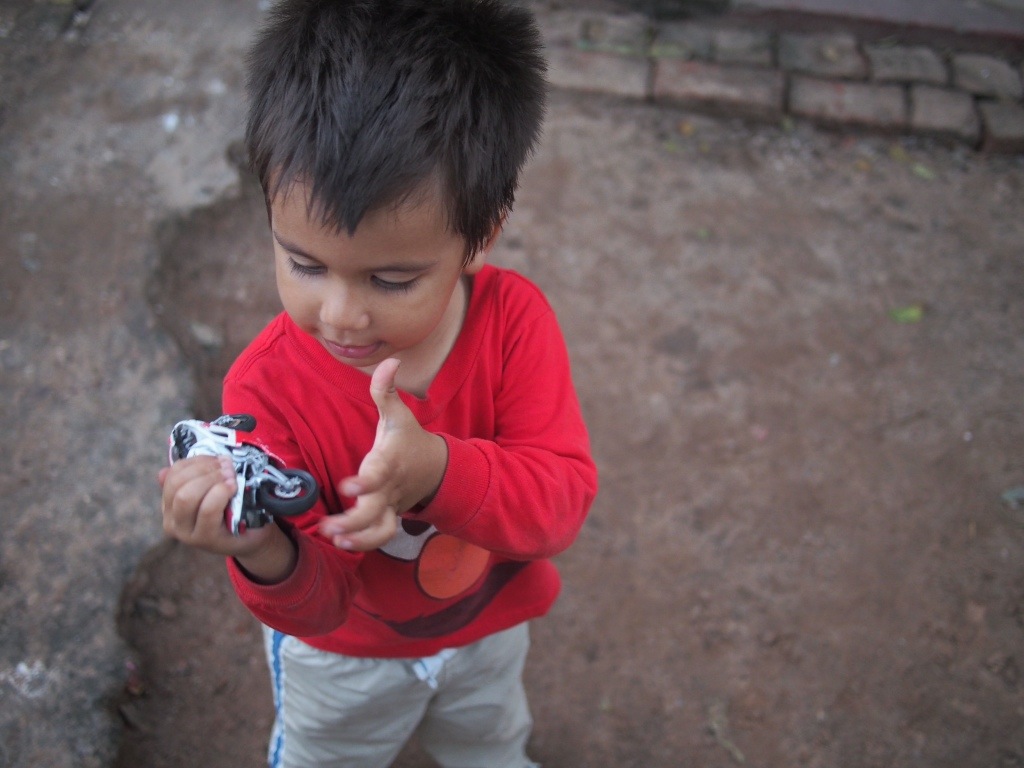 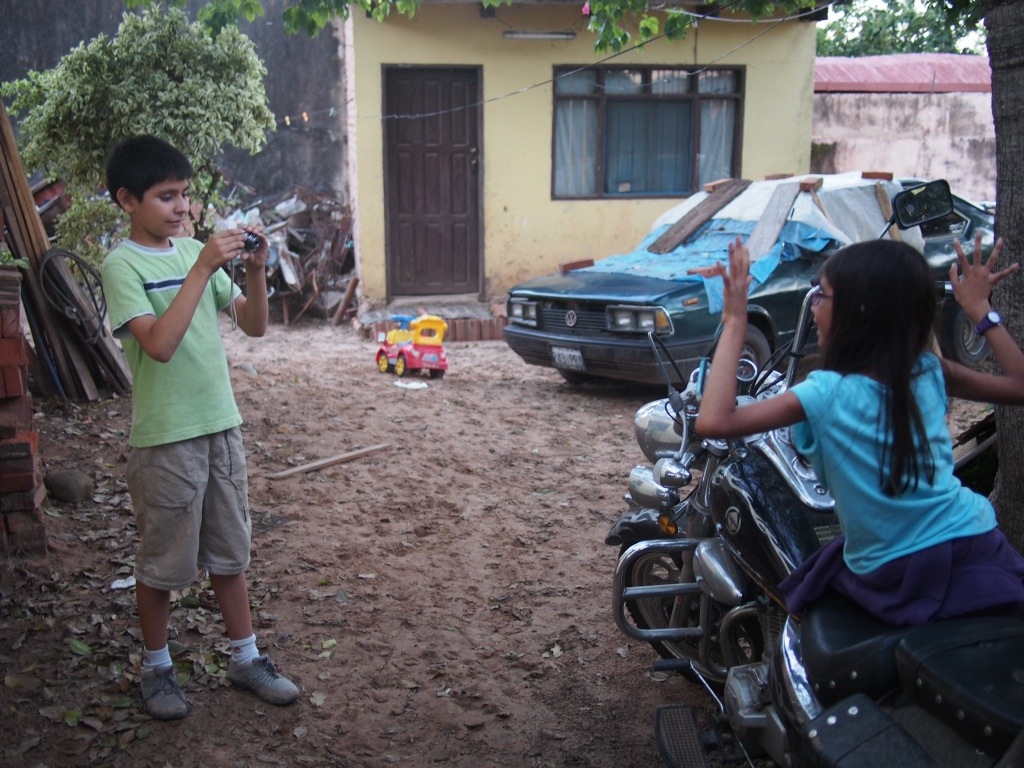 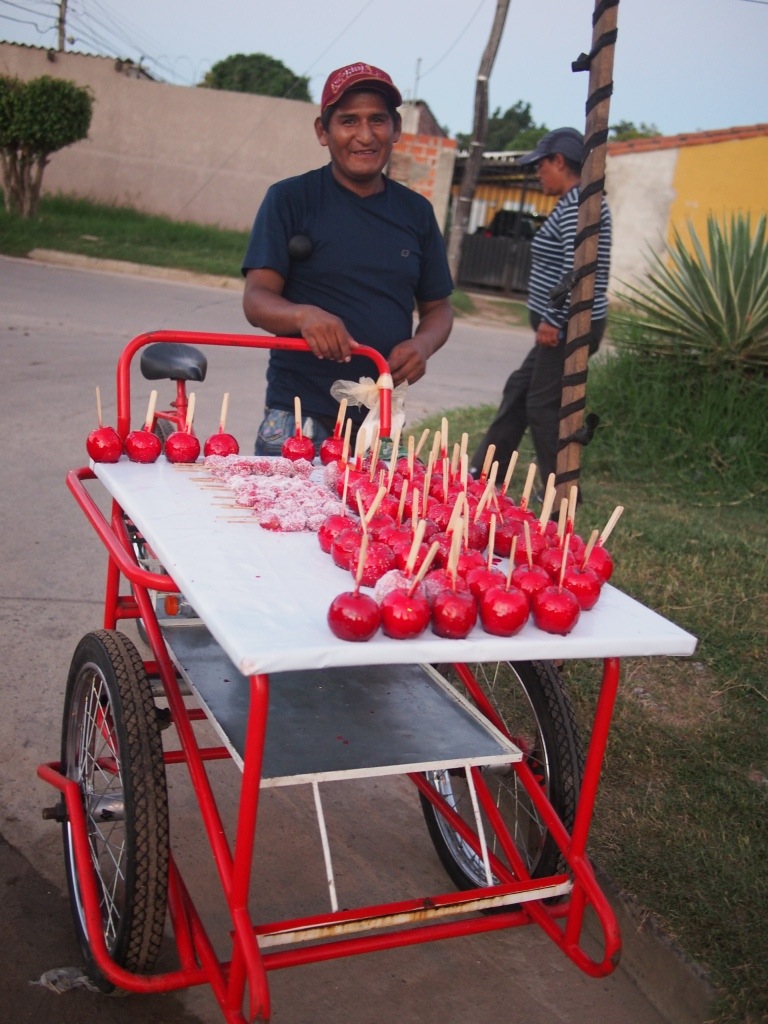 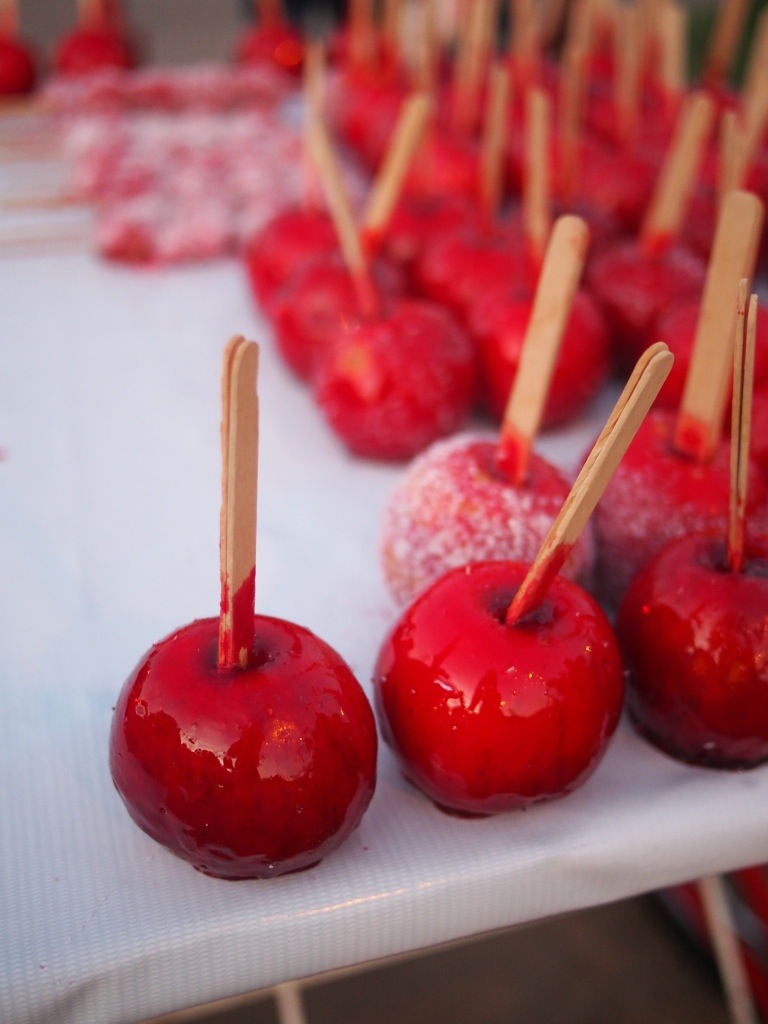 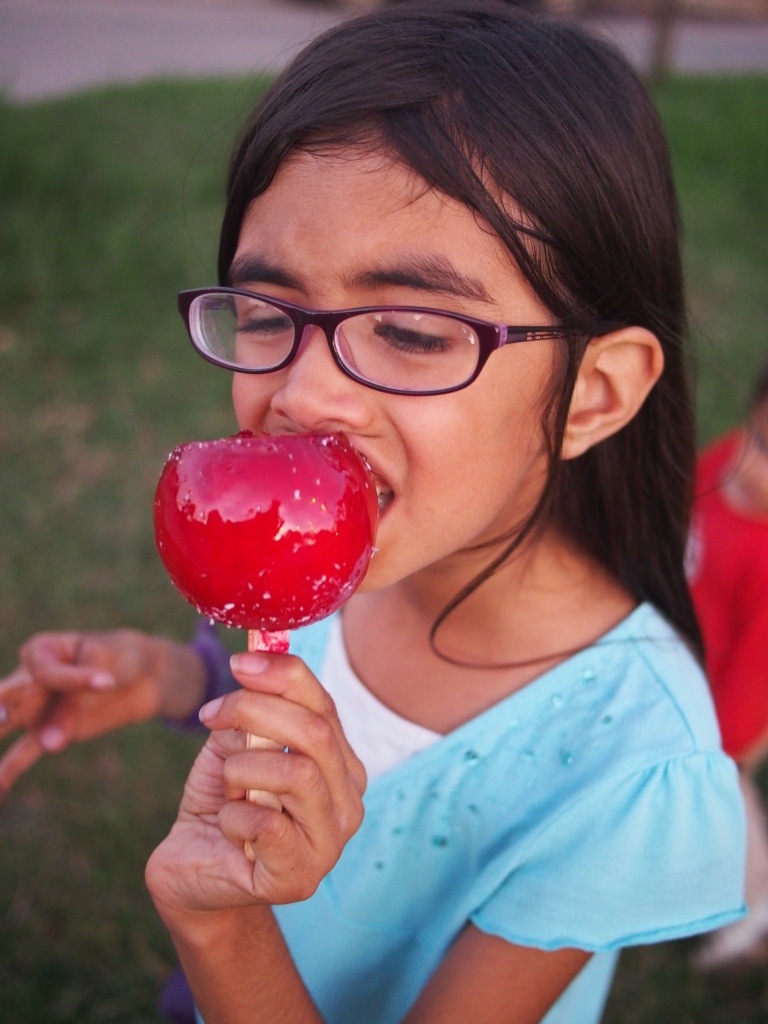