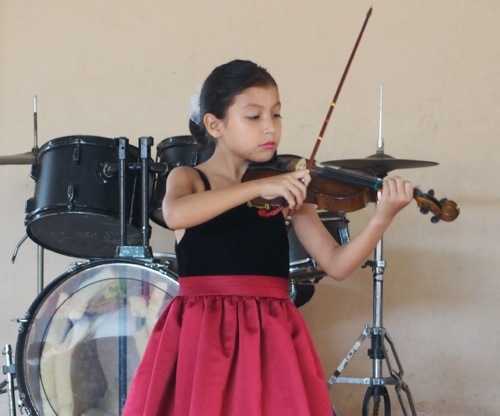 I was awakened early this morning by the sound of rain. My first thought went to the laundry, which we had hung out to dry last night. Oh well.

The rain lasted most of the morning. When it lessened some, Yoli took one of my pullovers and ran across the street to buy bread for breakfast.

Later we all went to see a violin recital by Eliza’s daughter Rebeka. Along the way the girls got to cross their first bridge over a canal. It was quite solid, but lacked a few pieces, which made it seem a bit scarier.

Rebekita did very well. She played with poise, and wore a very serious expssion through each song. Eliza accompanied her on piano. We enjoyed hearing her music.

Afterward we had some refreshments and visited with other family members who had come. Yoli also met some friends of Eliza who were connected to the Mennonite Central Committee which had sponsored her first trip to the U.S. more than a decade ago.

After a lot of coaxing, Jadzia went to play with some kids. Ludi seemed to be talking a lot with her cousin Jesy. Joseph was running around a basketball court, while Josie just sort of sat in laps.

Finally the time came to go home. We watched Don Hector fire up his motorcycle, and then we headed off to grab a bus. Back home, I discovered I had recorded 25 minutes of blank video as we rode on the bus. 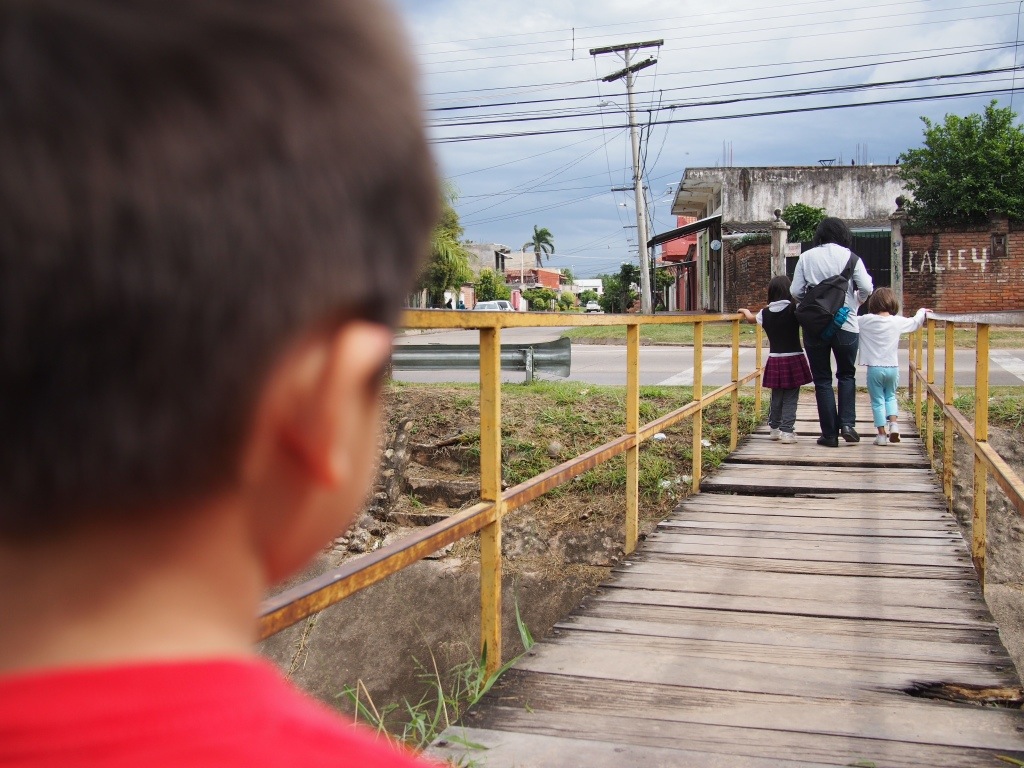 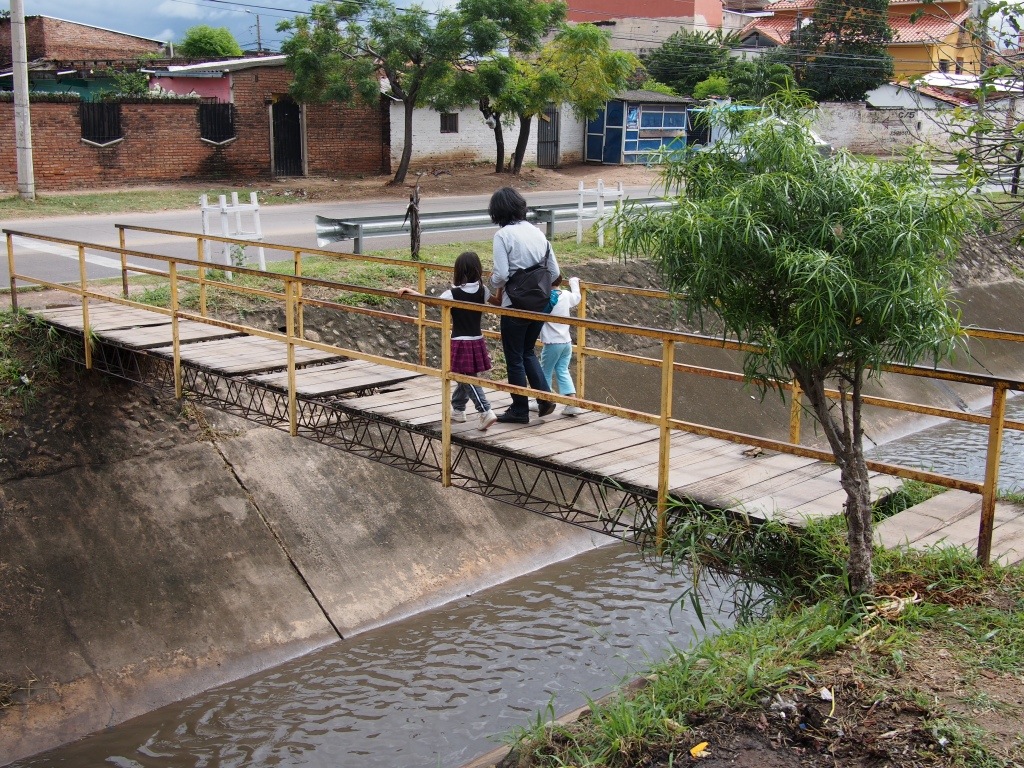 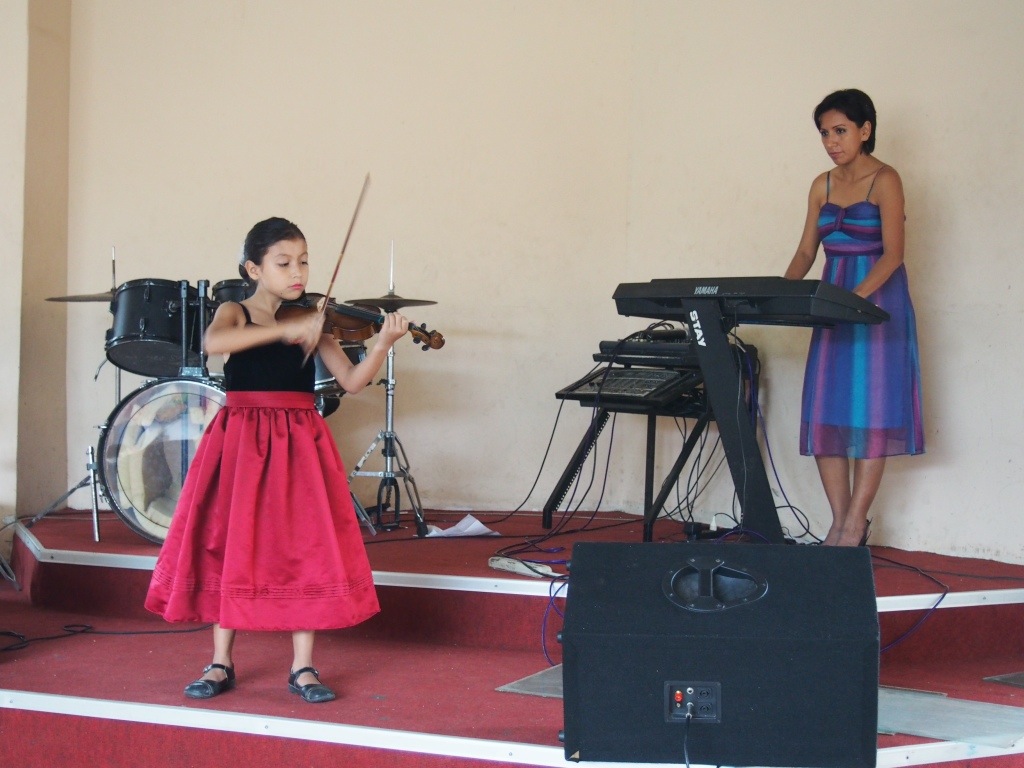 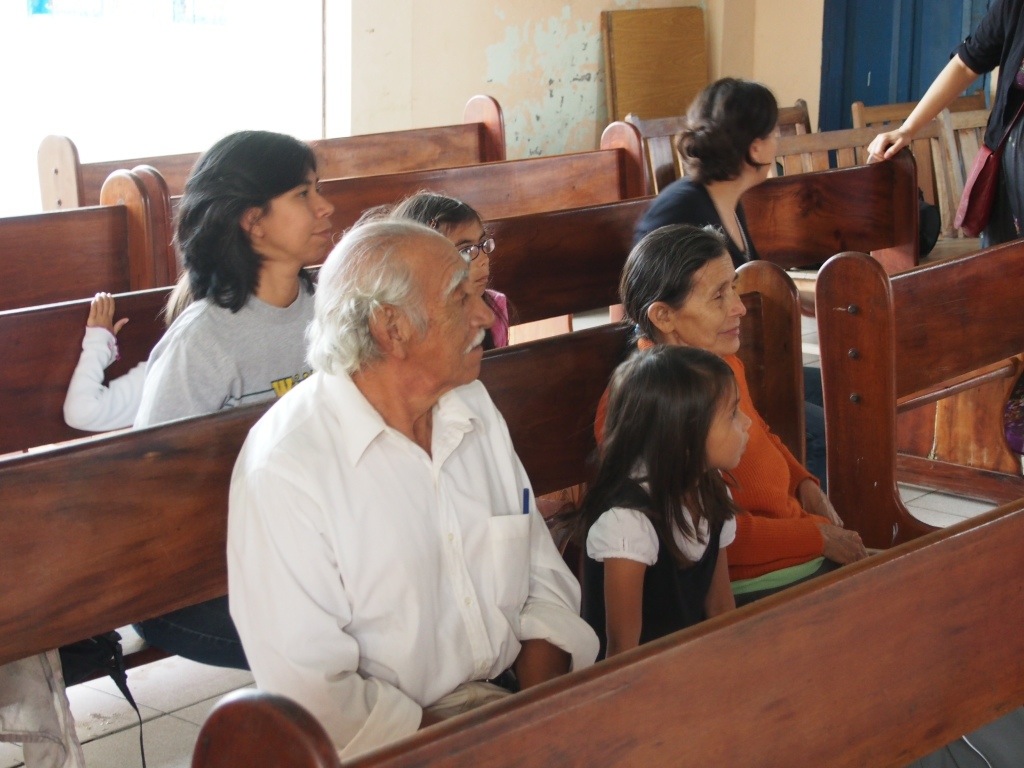 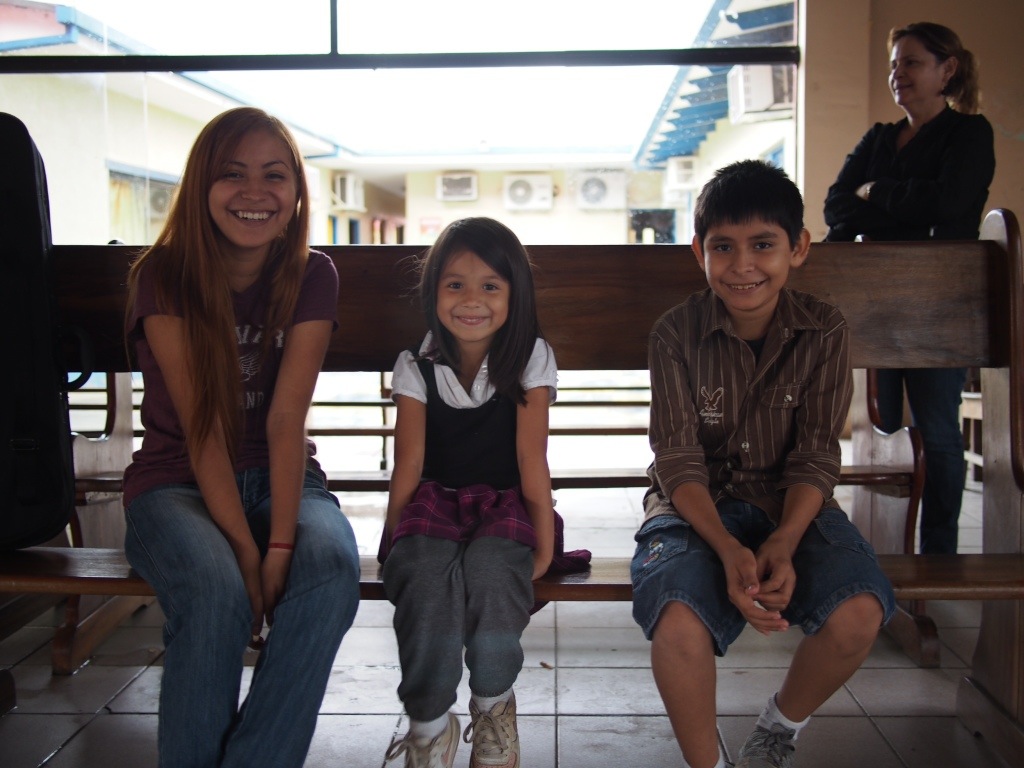 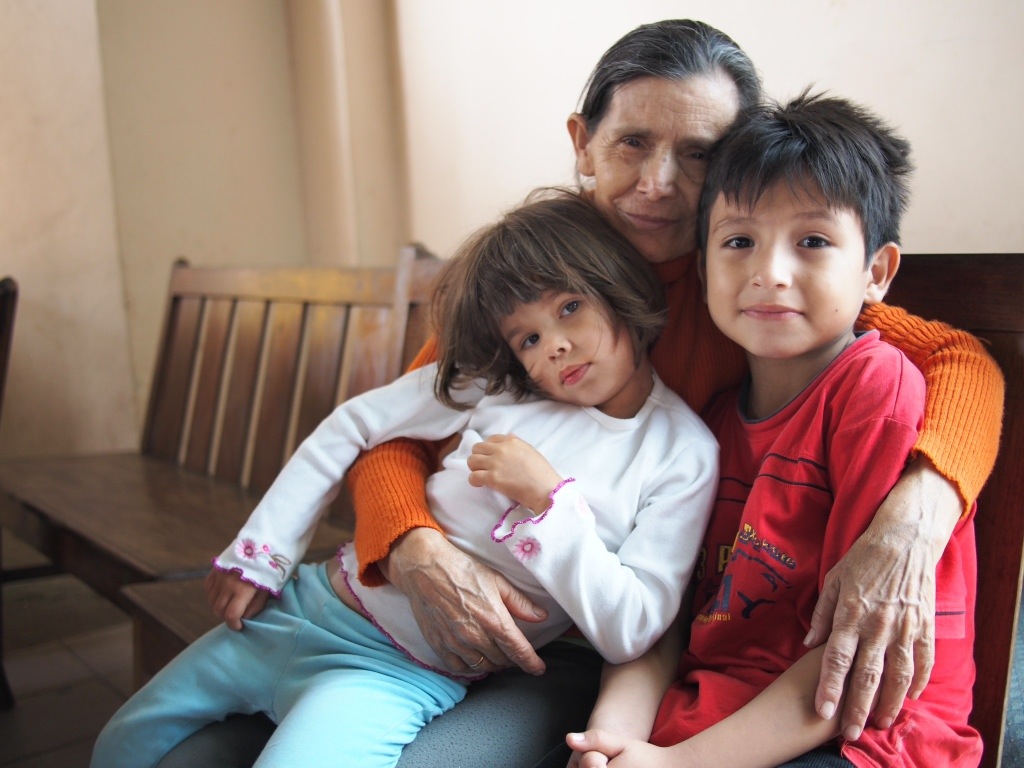 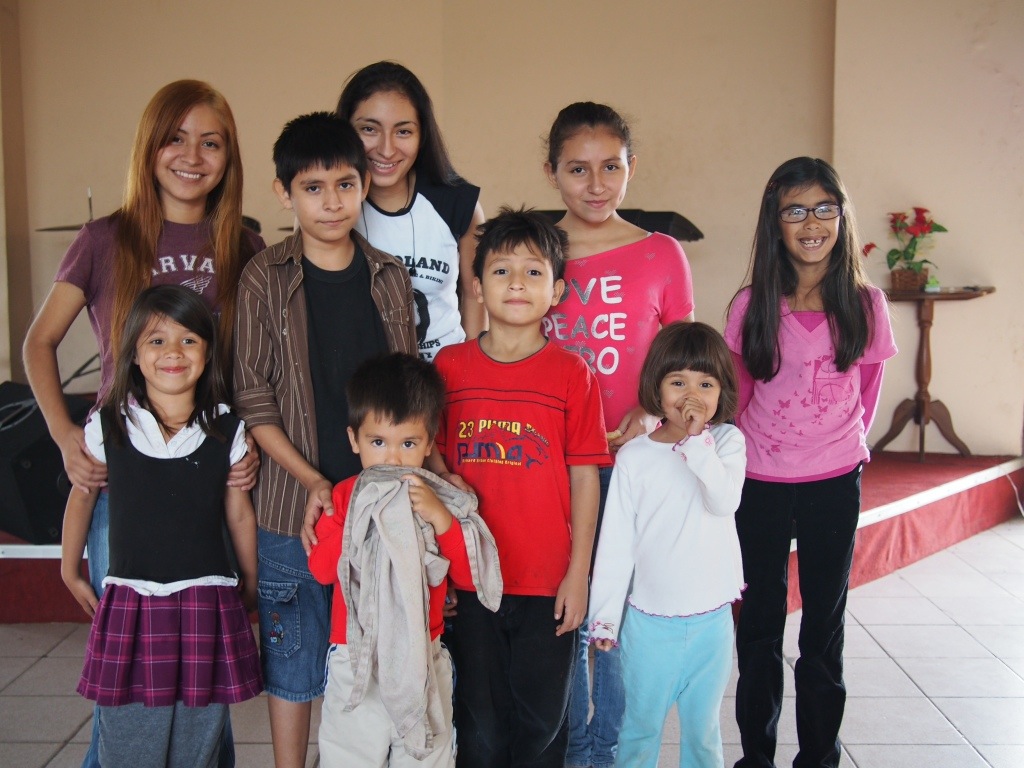 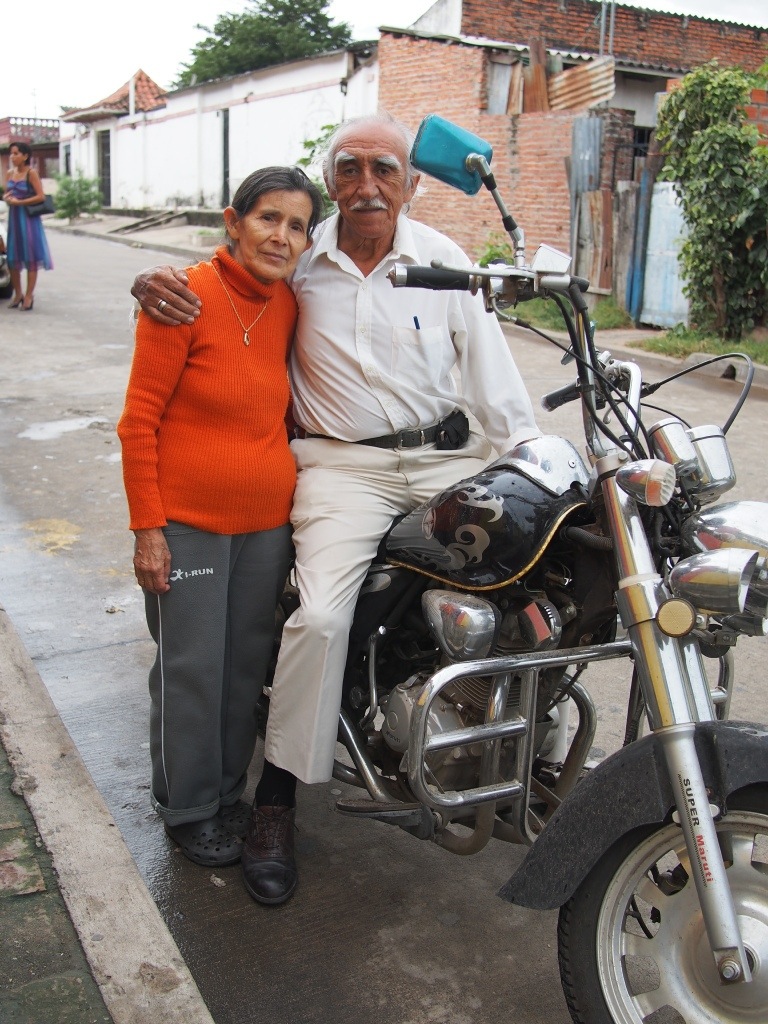 2 Replies to “Rain and recital”