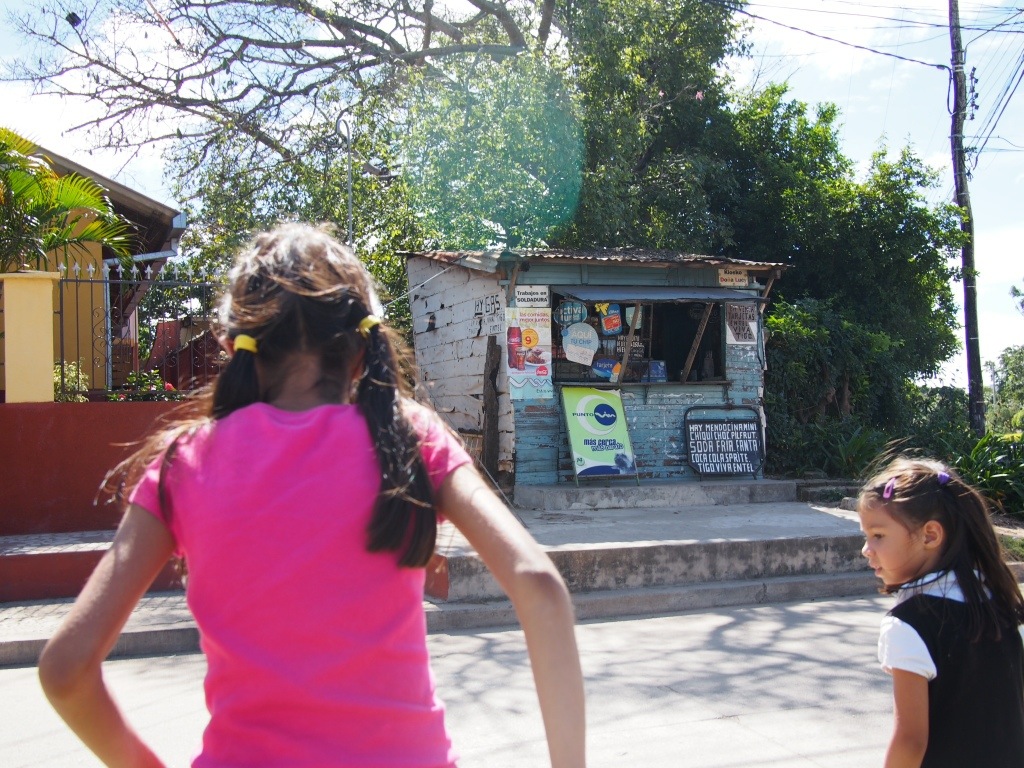 Yesterday I mentioned how the kids are learning the ways of Bolivian buses. Today, Jadzia had a narrow scrape with a motorcycle.

Buses in Bolivia are numbered and follow set routes. You have to be on the correct side of the street along their route to catch the one you want. So oftentimes we have to cross busy streets together. This time Jadzia went across just a little too fast, which normally would be smart. A motorcycle screeched around her. No harm done, thankfully.

Yoli has nailed down a pretty decent system for the buses. We take them after 9 a.m. and return home around 5 p.m., ensuring we avoid the 6-8 p.m. crush. As a result, out bus rides haven’t been overly full, and the experiences largely pleasant. Joseph asks “Did we pick up a passenger?” every time someone steps inside.

We spent most of our day again with Don Hector and Doña Lucila. The girls went happily right back to digging in the dirt and chasing their cousin Kuko. We kicked things off with our first round of mate of this trip.

Don Hector showed me his car, which is having carburetor troubles. He has to pour gas into it in order to get it to start.

Today was the 78th anniversary of the end of the Chaco War between Paraguay and Bolivia. Bolivia marked the occasion with large military processions in Tarija, attended by President Evo Morales. Bolivian TV shows these sorts of pomp events live with long, uncut coverage.

Later, the TV news briefly mentioned the shooting of four people in St. Louis, but they didn’t give any details and never revisited the story. We looked it up online later.

Doña Lucila prepared sopa de maní and chicken milanesa for lunch. Later she showed us a new piece of equipment in her kiosko for detecting counterfeit currency. It’s basically a blacklight that illuminates colorful strips in the paper. The machine also speaks, but it only ever says “warning, this is a counterfeit,” even if the money’s legitimate.

Don Hector asked us to help him with his computer, so we set up some favorites in his web browser, installed an ad blocker, and created a Facebook account. We’ll have to follow up and show him how to actually use it.

The day was bright, windy, and perfect for sitting and relaxing. Finally the heat and humidity backed off a bit. But cold weather may be around the corner.

The kids were covered in dirt, so they all had showers back at the guest house in the evening. Yoli and I stayed up doing laundry and writing blogs.

(By the way, her yogurt looks thick. We will try it tomorrow) 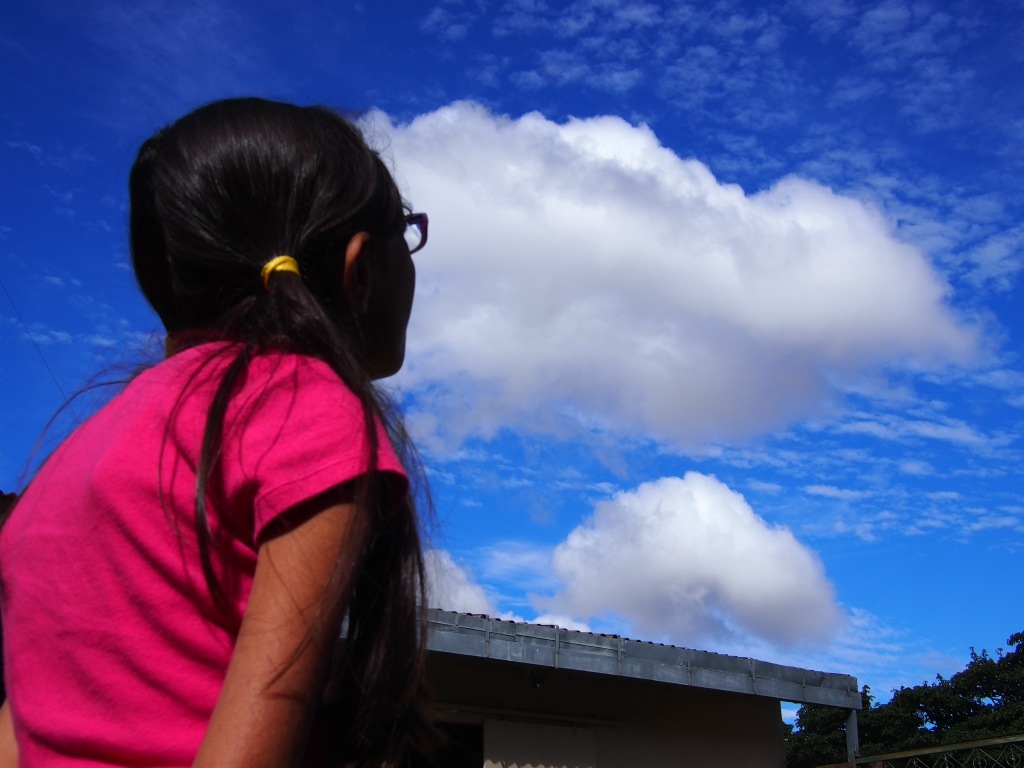 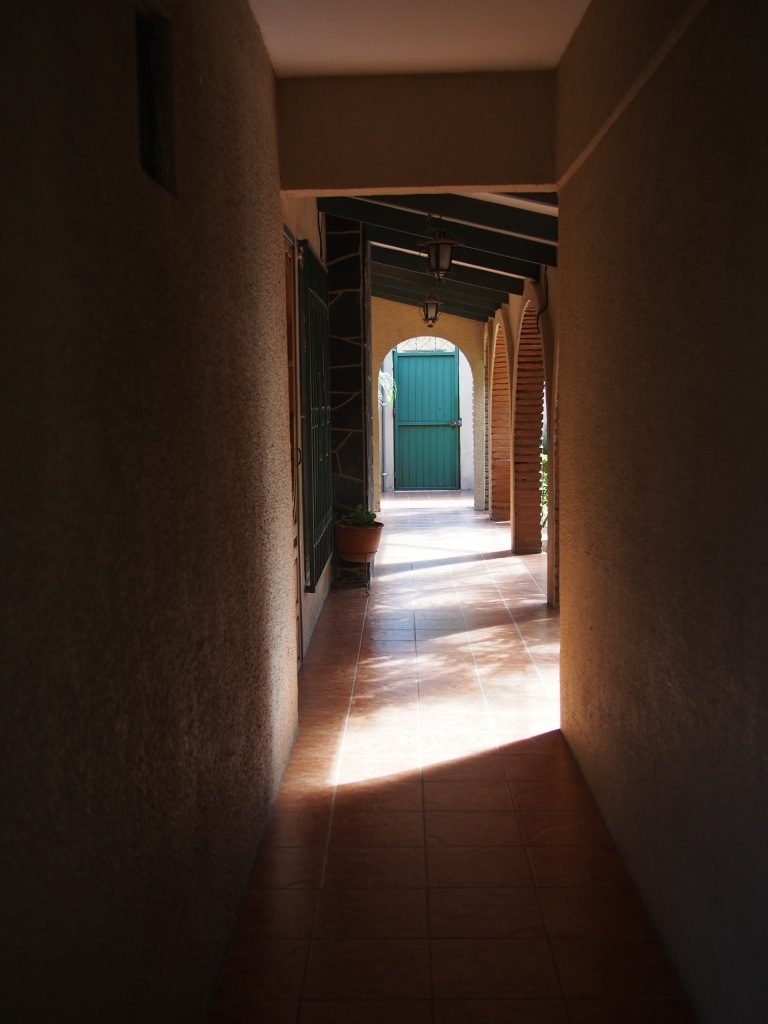 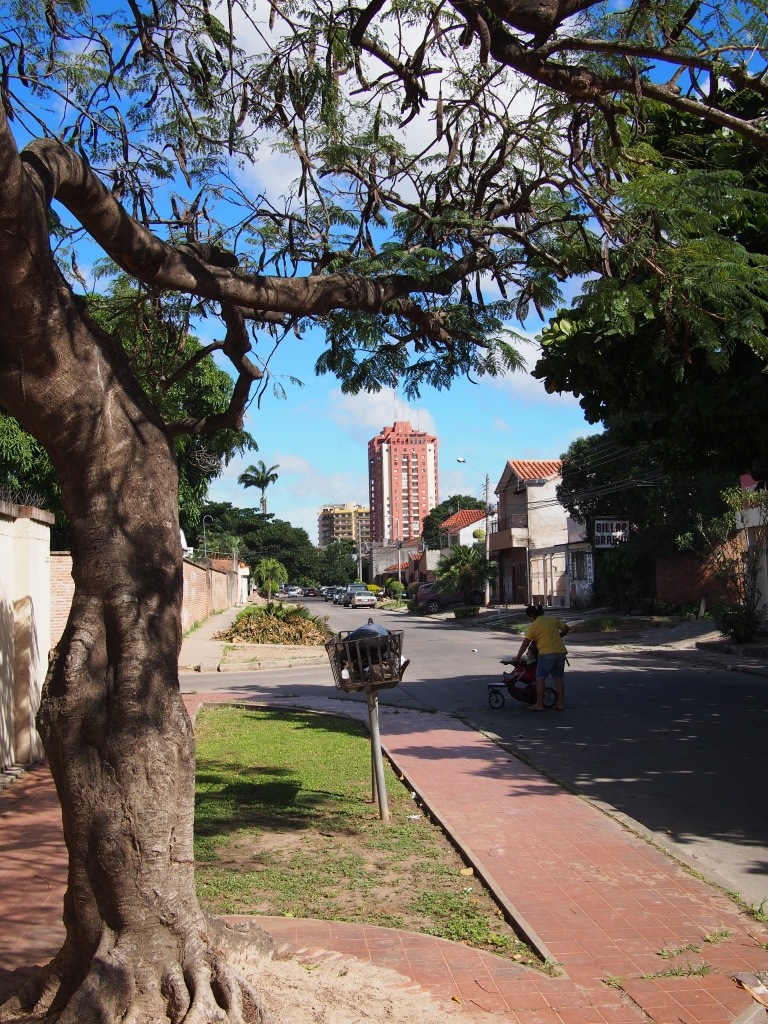 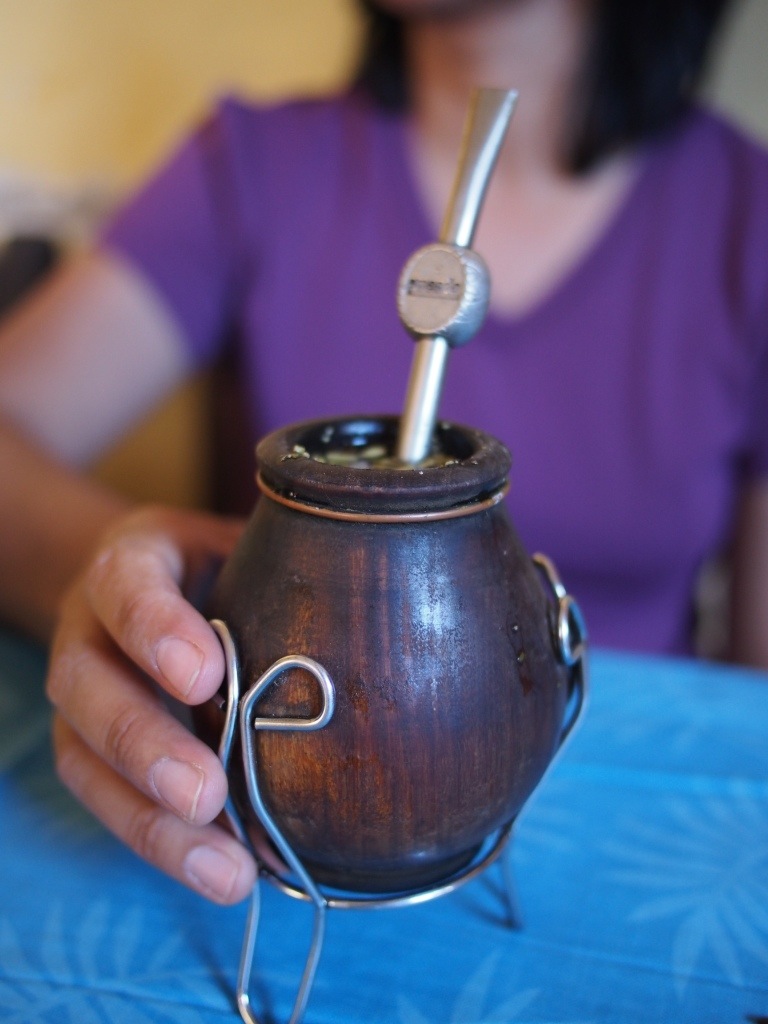 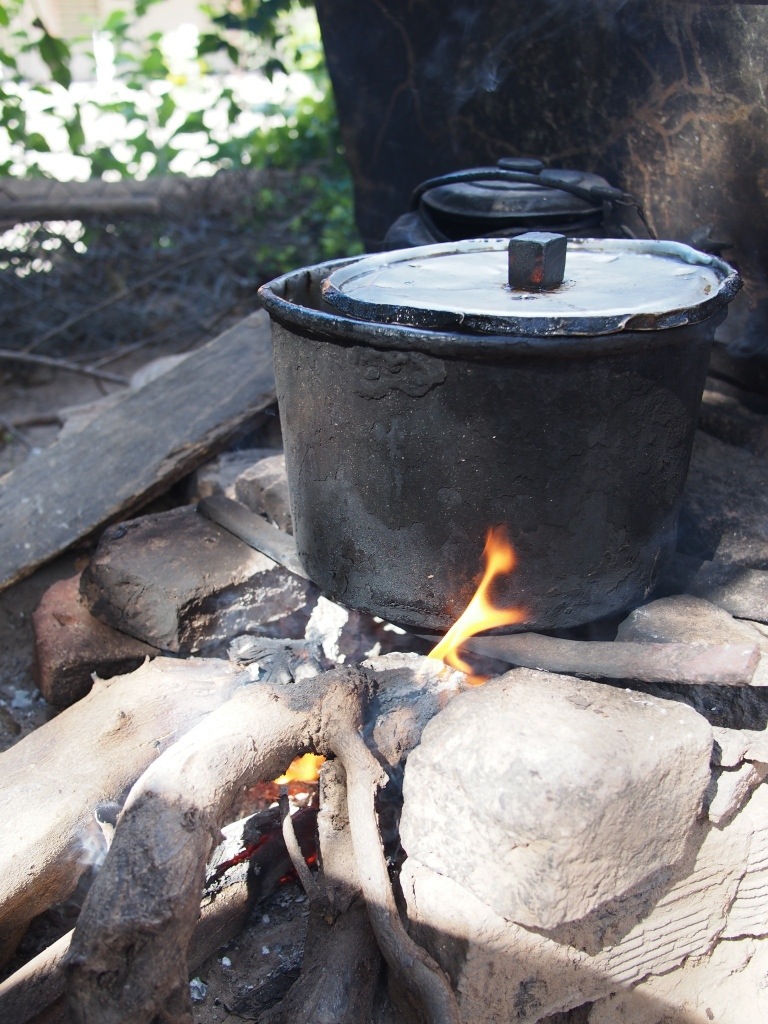 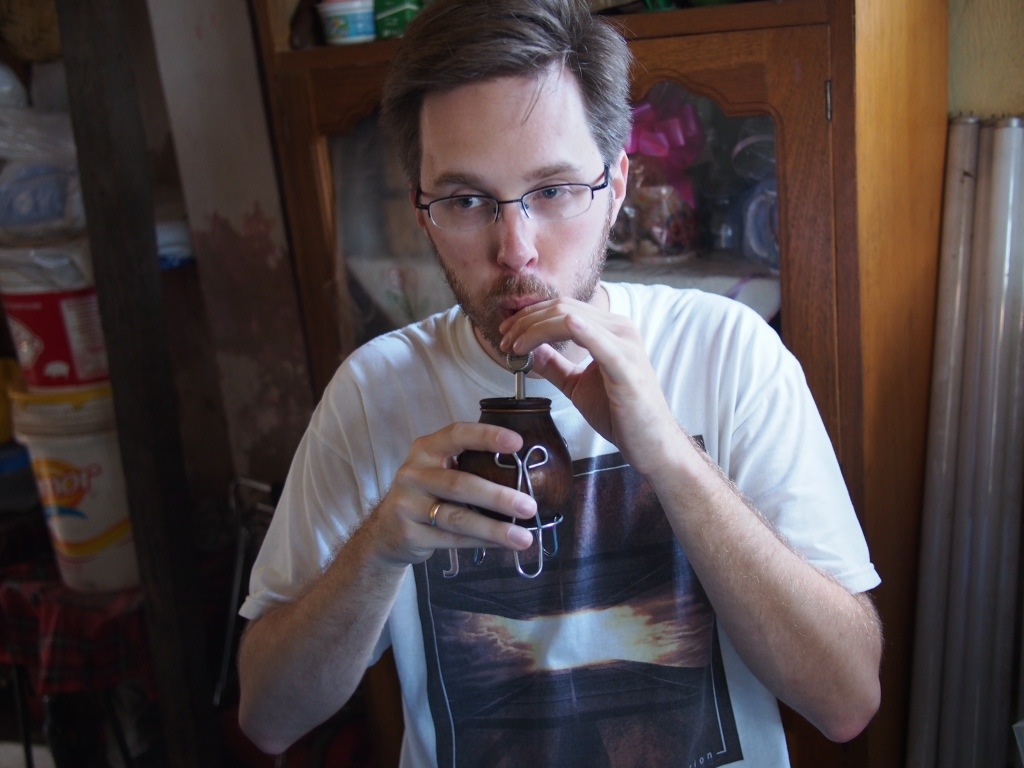 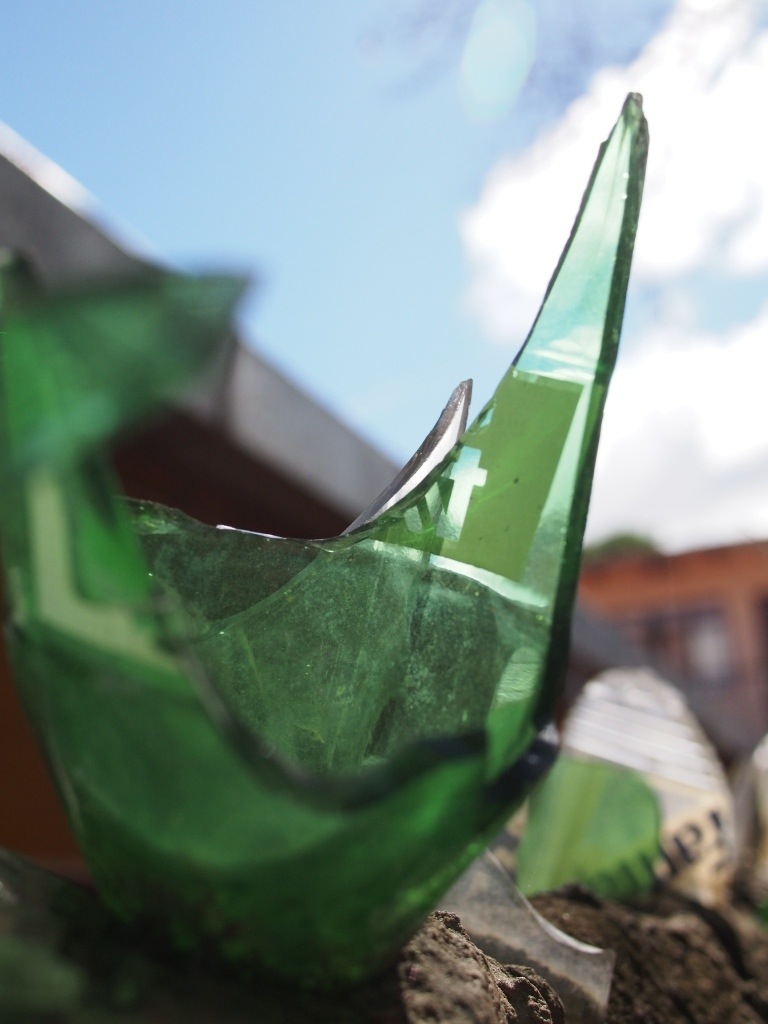 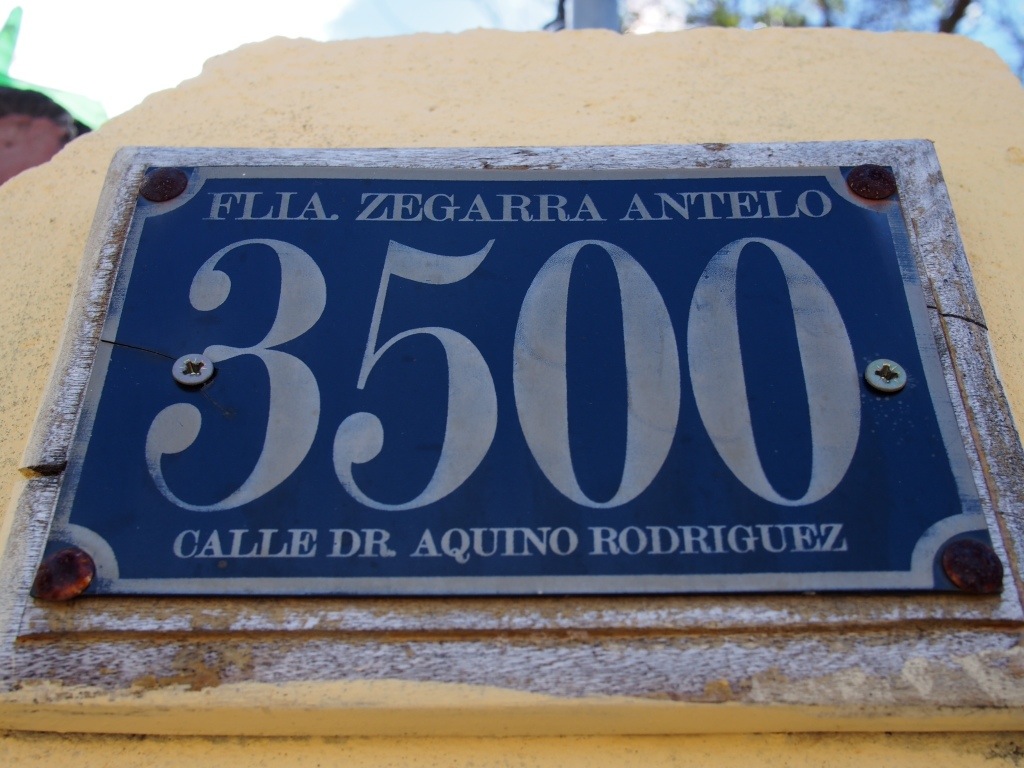 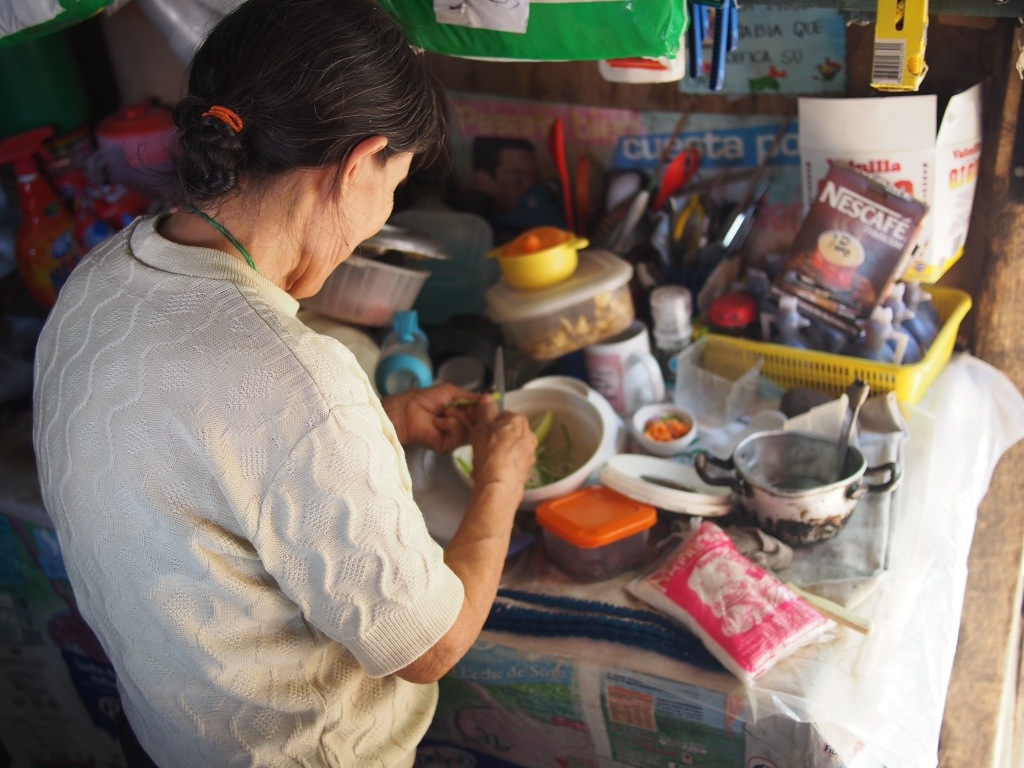 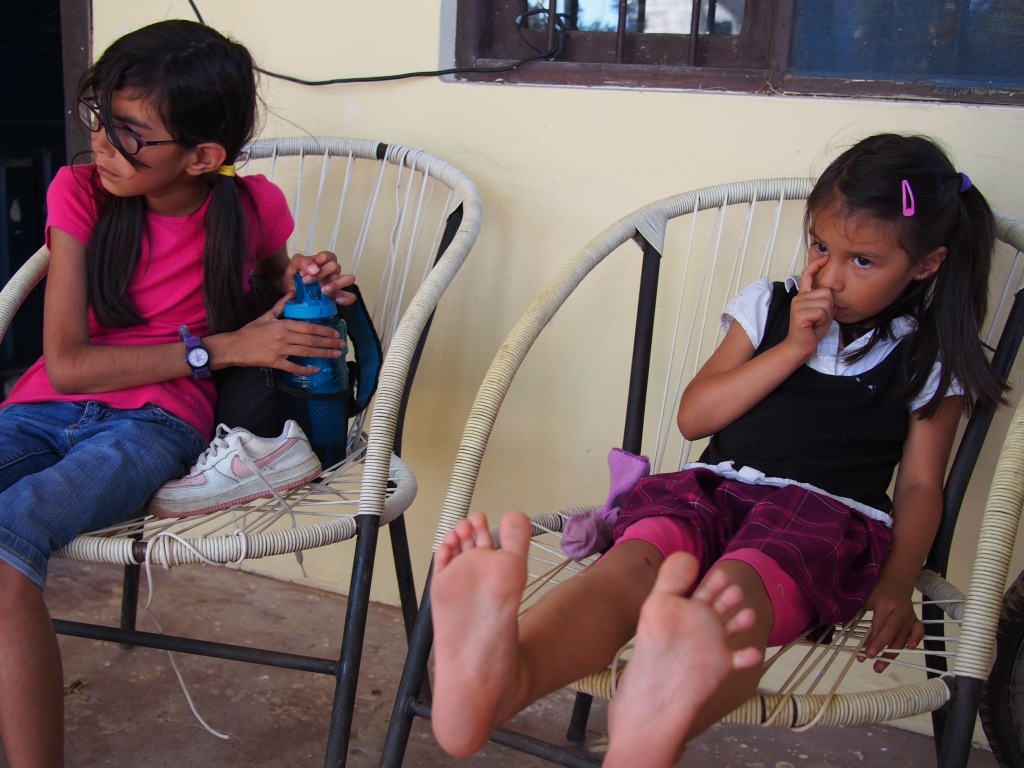 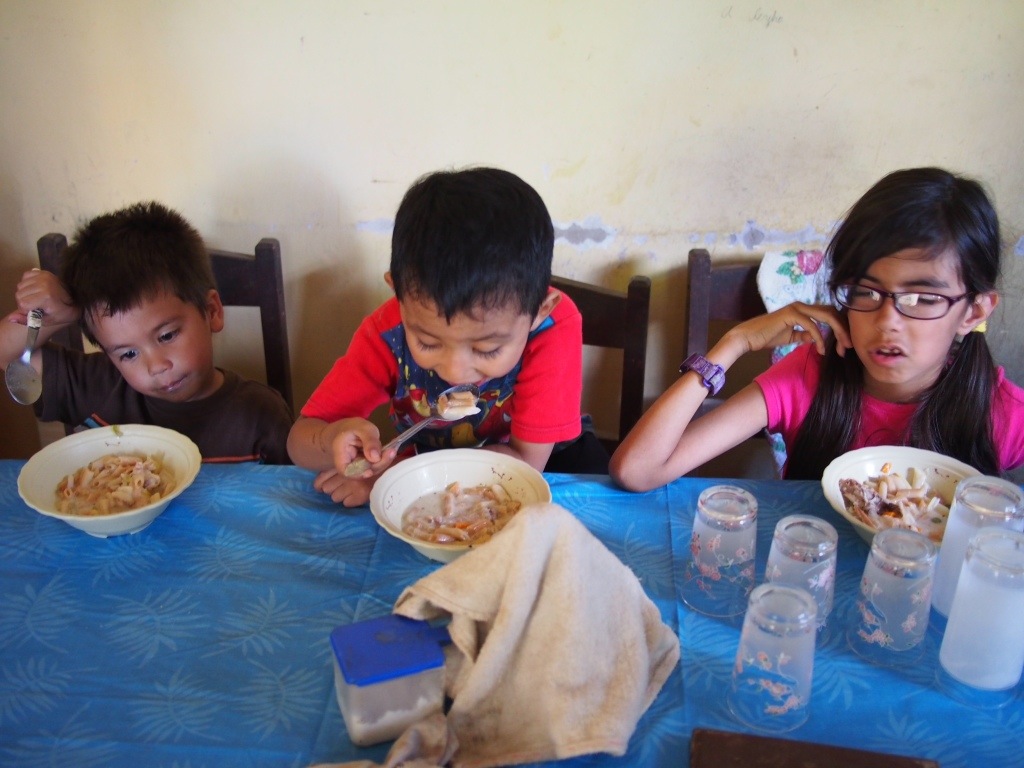 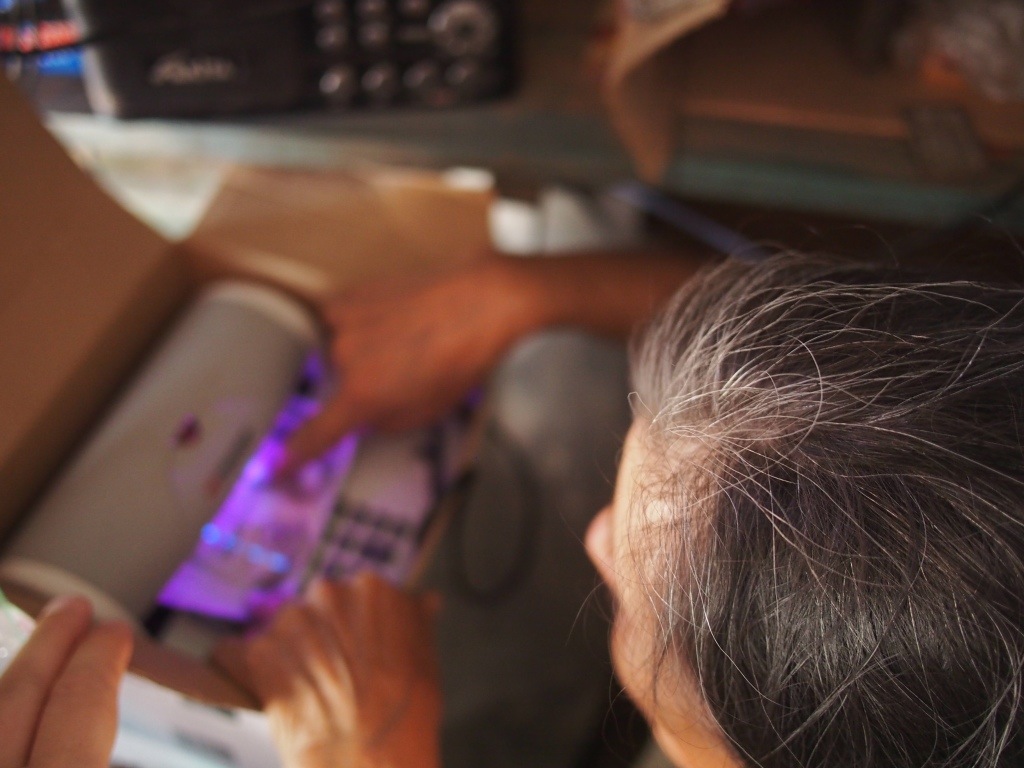 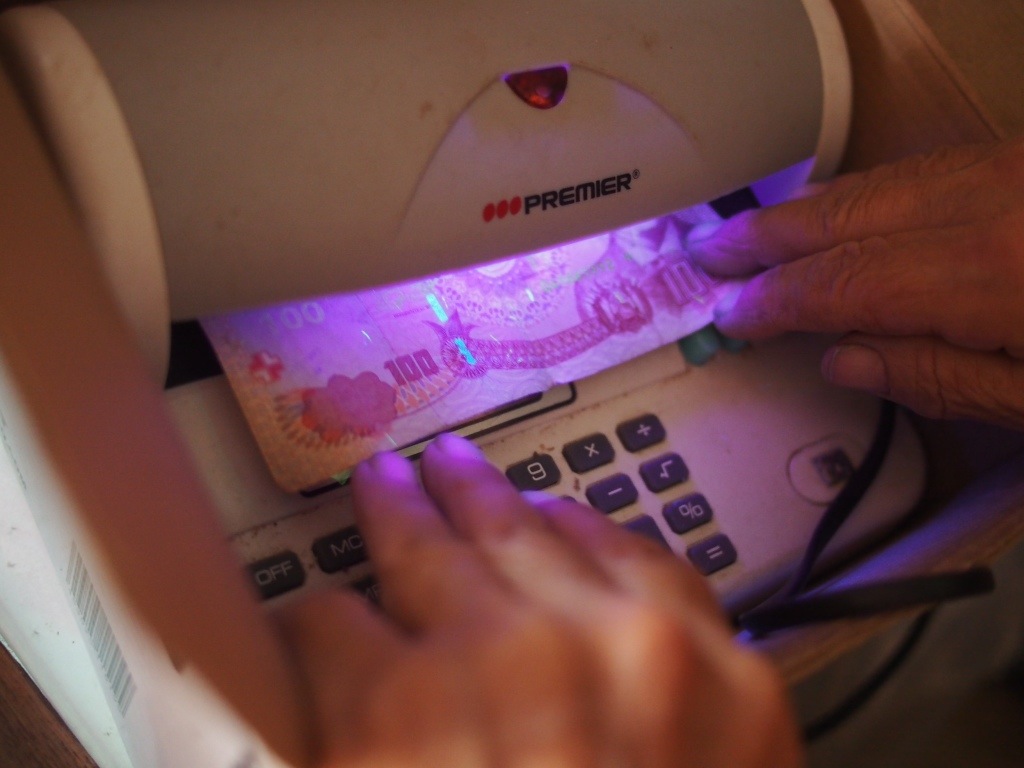 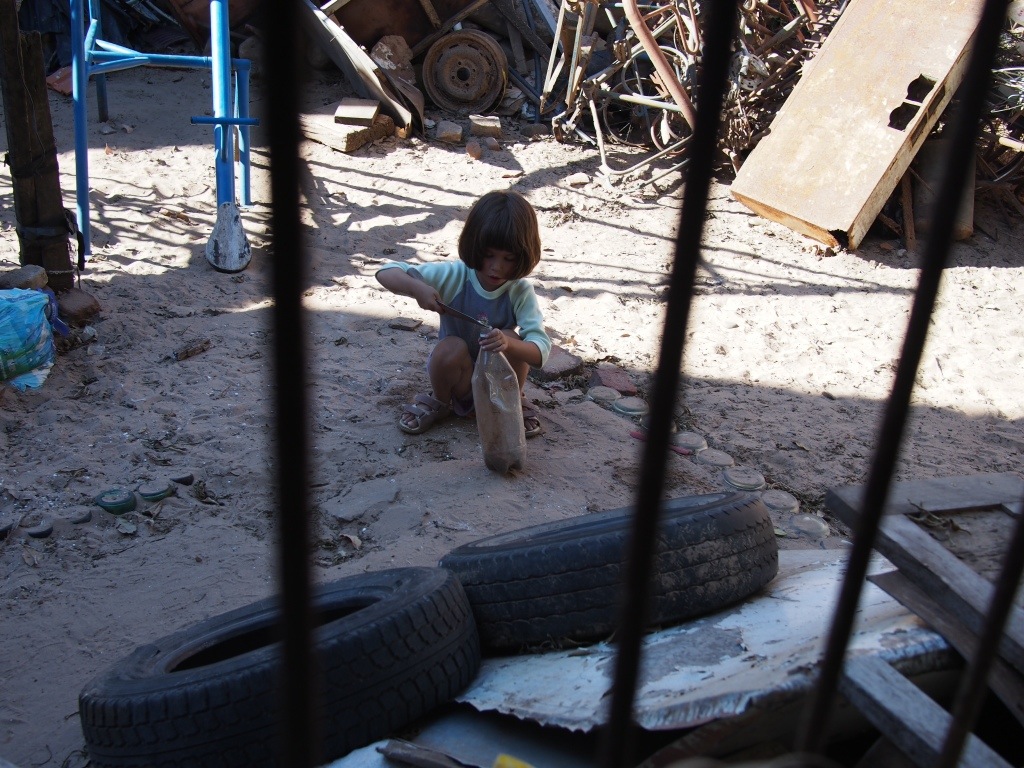 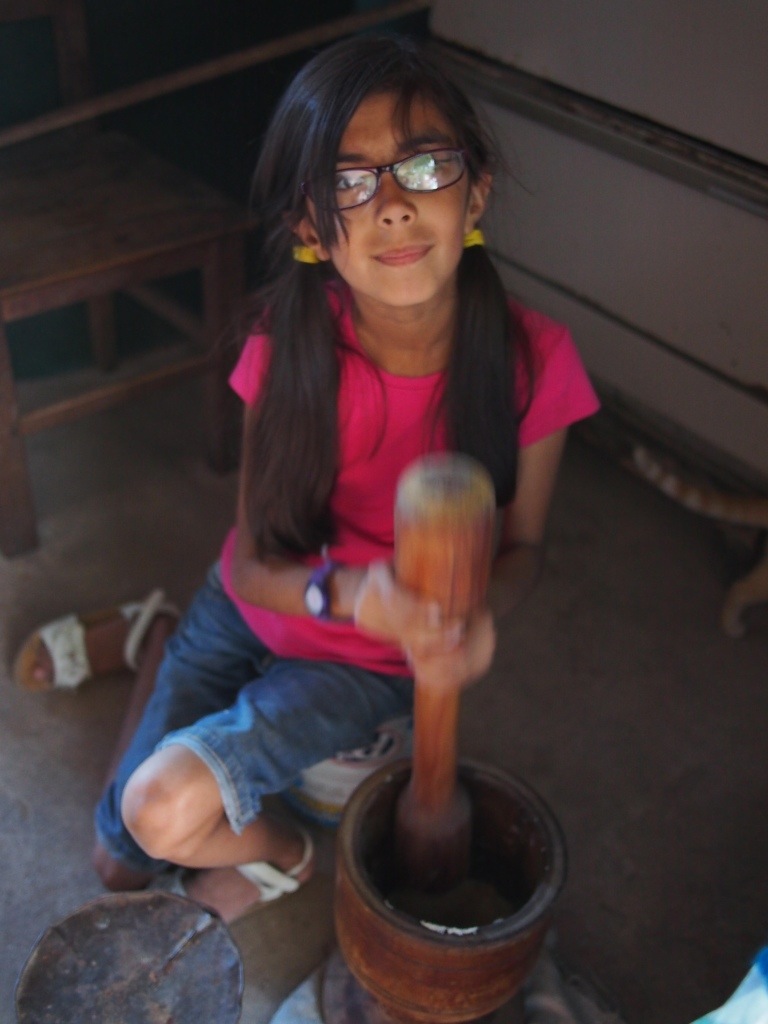 One Reply to “Learning to avoid motorcycles — and detect counterfeits”