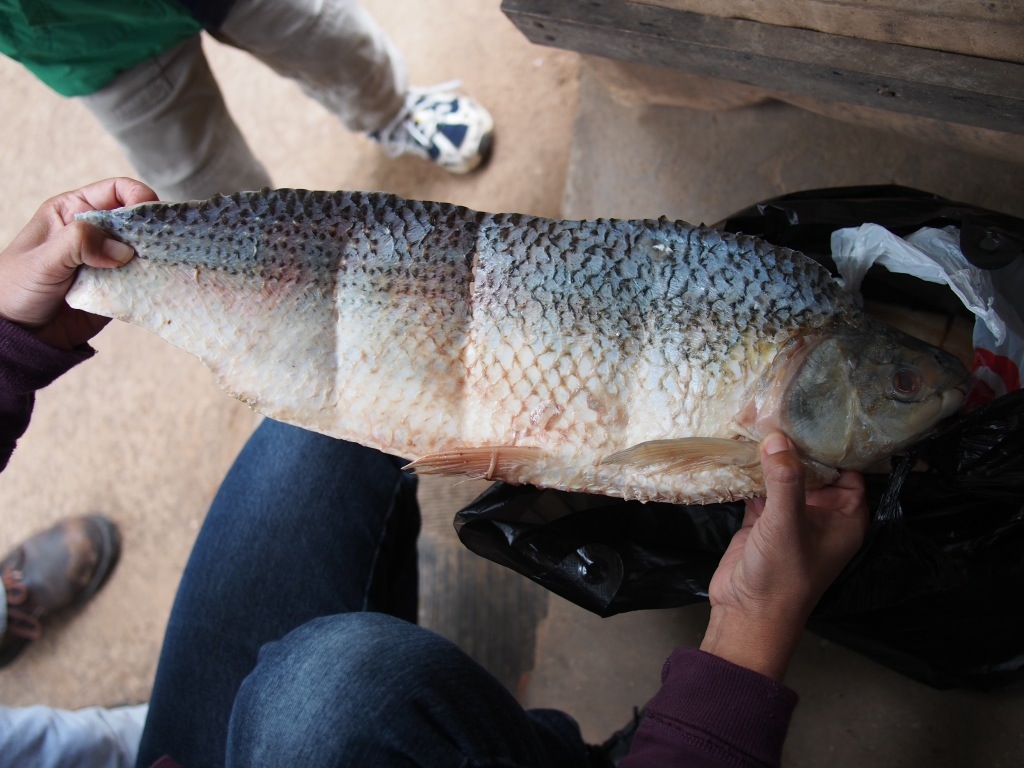 It was all very simple food, but boy, we sure ate a lot on Friday.

For breakfast, Yoli made some scones, which turned out very nicely. She also baked two small apple pies which we were going to take with us to Corina’s for dinner.

After breakfast we got on a bus and headed to a market to buy fish for lunch. The six of us weaver our way through several small corridors past merchandise stalls, cobblers, and food courts. Eventually we ended up outside next to some folks hawking newspapers and some folks grilling fish. Yoli made me stay there while she went down the way to buy some slabs of fish. She didn’t want me around because the price magically rises when there’s a tall white guy involved in the transaction.

Eventually Yoli returned with large pieces of sabaló and we grabbed bus 69 which left us right at Don Hector’s doorstep.

Doña Lucila was peeling yuca, and later she used her batán to smash up spices and garlic to make a paste to put on the fish. Then she fried them in a pan, just the way Yoli likes it.

Yoli patiently pulled all the bones out of the fish, which we ate with rice, yucca, and salad. I wanted more fish, but I ate extra of everything to be polite.

After lunch we gave Don Hector his laptop back. We installed several games on it, from Angry Birds Rio to BillardGL to the Jedi Knight II demo. Each game has its own controls and such, so we left notes about each game in his computer notebook.

In the afternoon, Corina’s husband Marco came to pick us up and take us to their house.Tthe SUV was a warm oasis on that cold Bolivian day. The temperature had only reached 9 degrees Celsius, which I think is about 49 Fahrenheit.

They prepared a dinner of sort of finger foods: chicken, potatoes, Bolivian corn on the cob. There was also huacataya sauce, made with cheese and some green spices with a little heat. Very tasty.

By this time I was stuffed, but there were still two pieces of pie to eat. When we got home, I was ready to hit the sack. 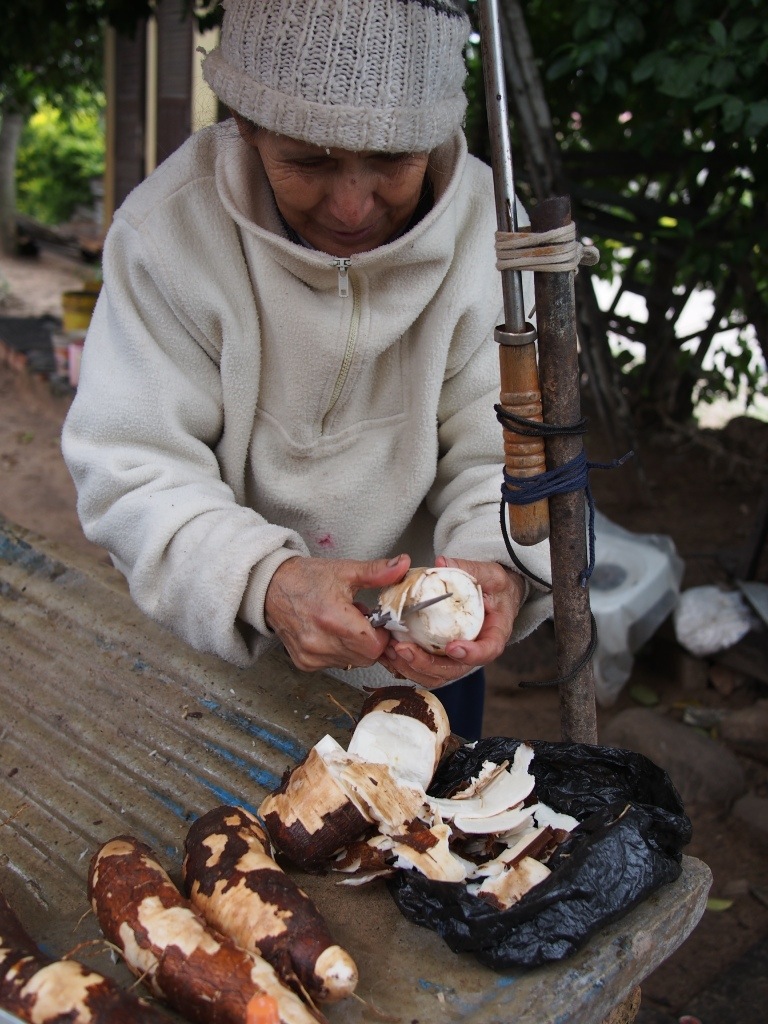 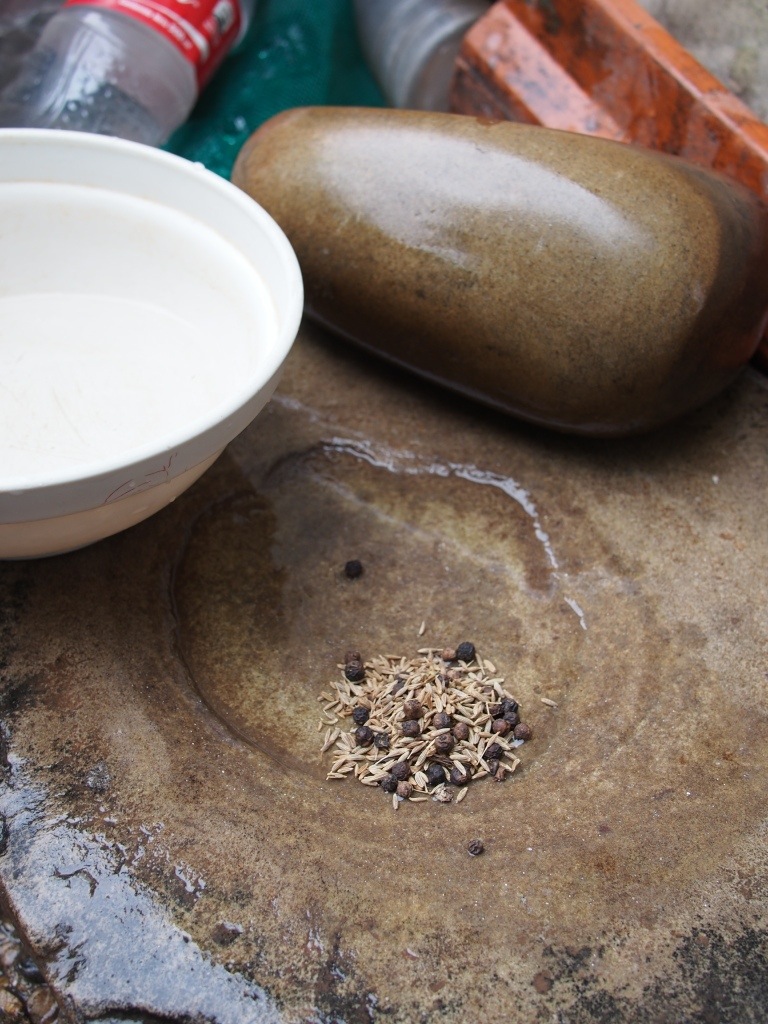 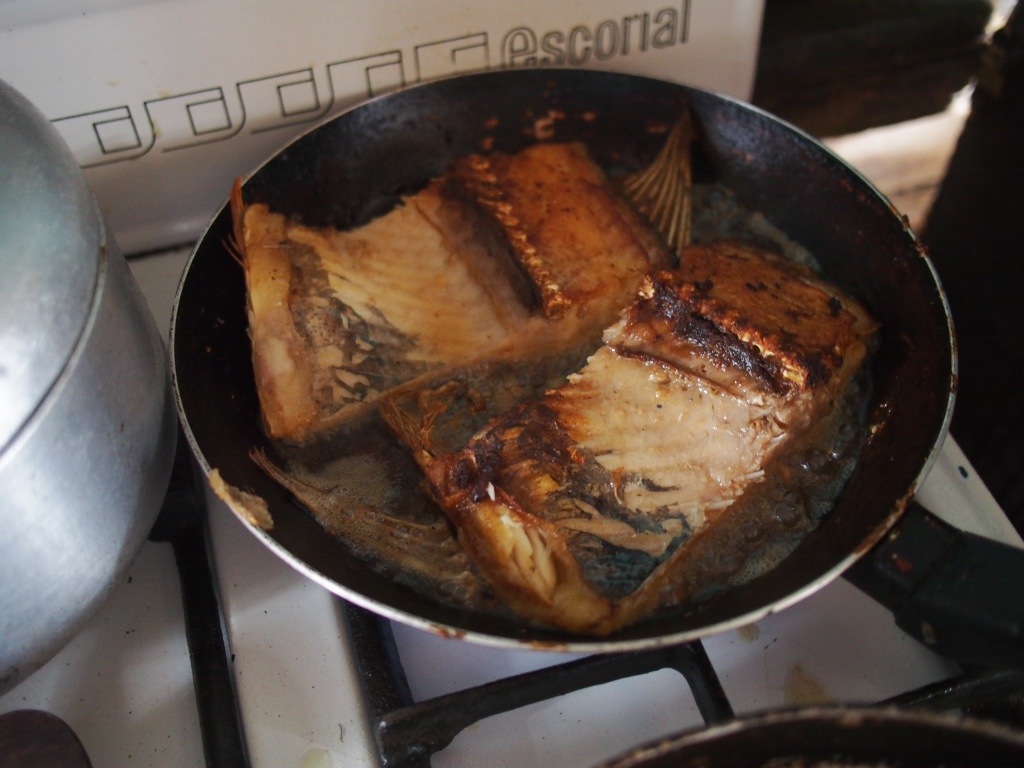 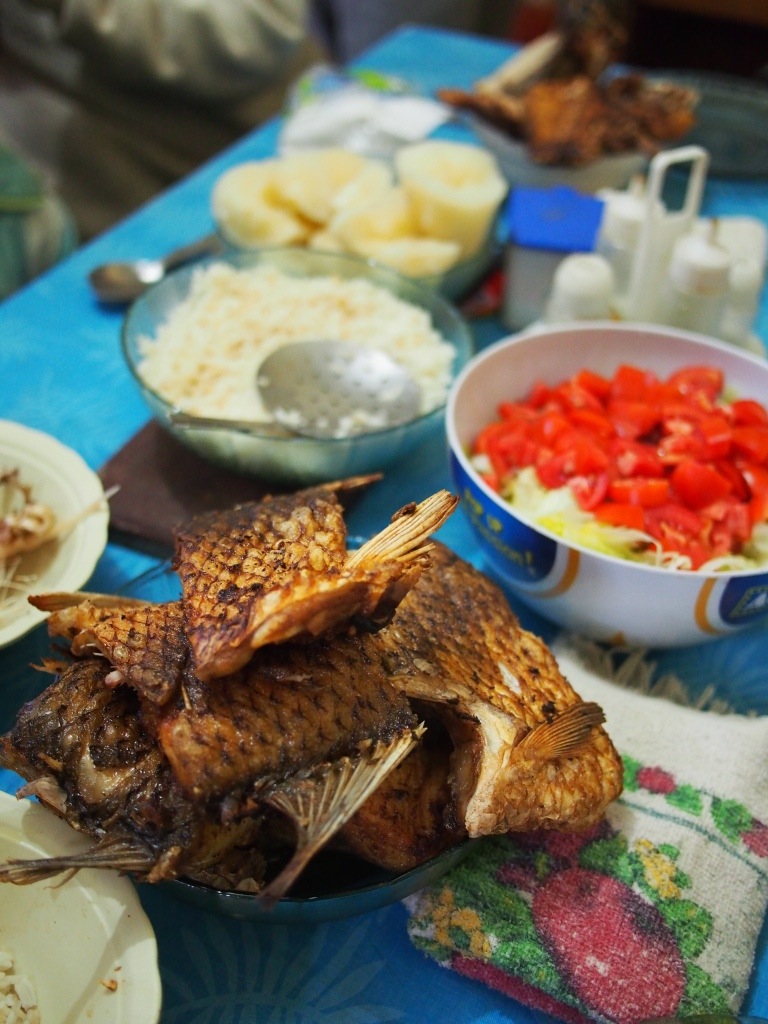 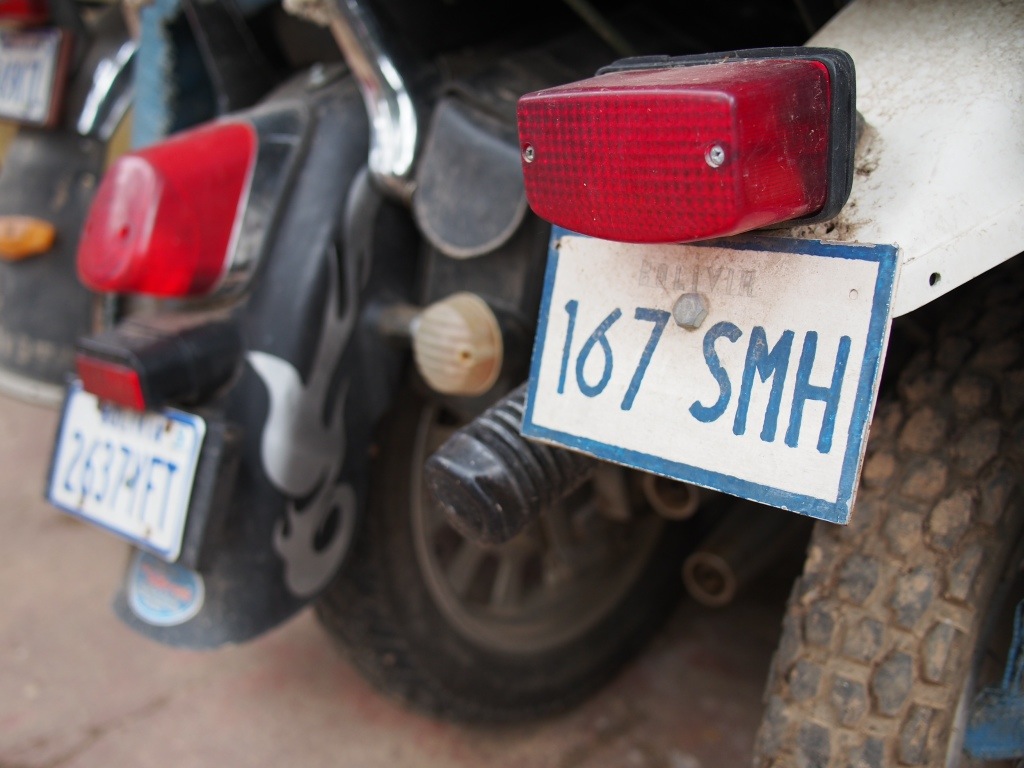 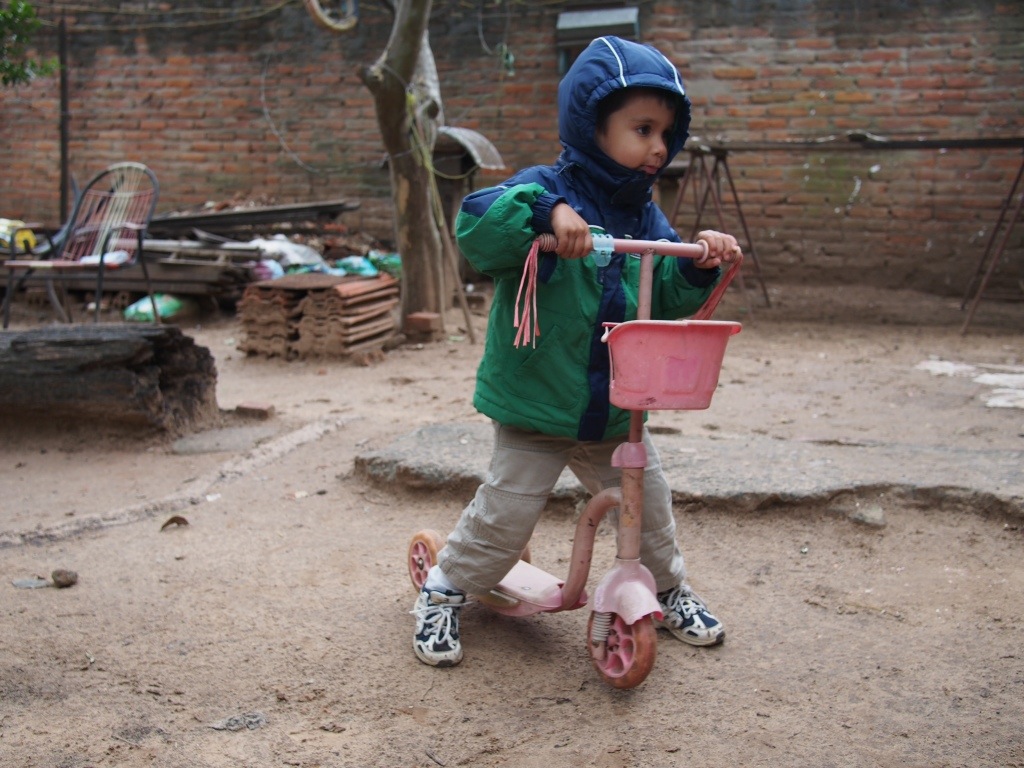