We felt the difference right away. San Ignacio was not cold and wet as Santa Cruz has been for the last week.

It’s a dusty little town that looks a lot what Santa Cruz must have looked like long ago when it was small. The dirt is red, and everywhere. Most of the buildings are built of adobe bricks covered with concrete, with tile roofs. Wood carvings are common in the form of ornate pillars and posts, or signs. Motorcycles are the common mode of transportation. Jadzia noticed right away how many women drive motos here.

We visited first with Noemi and then she showed us to the mission house where we are staying. Our accomodations are cramped and rustic, but it’s a place to sleep. I’m tempted to list all the reasons it’s less than comfortable, but I will refrain. It is being provided free, after all. The folks there are nice … there is a little boy who just wouldn’t stop talking with me when I wanted to go to my room and nap.

Noemi’s daughters are all much bigger, and we met her youngest daughter Melody for the first time. She is a cute girl who loves mugging for the camera and playing. Our girls were a little slow to play with their cousins, as usual. In the morning the two oldest (Abi and Raquel) were in school. But in the afternoon when they came home, things improved. By evening, Jadzia was employing a familiar play tactic: teaching her cousins English. (She began doing with some kids three years ago, and has done it once or twice this trip, too)

We walked to the Plaza, which was absolutely beautiful. A tourism lady told us it was a botanical garden, and that’s not far off the mark. It is spacious and inviting, and very few electrical wires to clutter up photos.

We went inside the San Ignacio mission church, and it was also beautiful. Full of wood carvings, massive pillars, and a bright, ornate altar.

The kids don’t care much for quiet churches, so we made our way down to the town’s lake. It was quiet, and best of all, it had a nice playground. The kids entertained themselves for a long time, and I think I got some decent photos of it all.

By this point it was time to head back for lunch. Noemi and the pastor’s wife made some grilled chicken, which was very flavorful. Yoli spent a long while with them while I napped.

In the evening we put on a movie for the kids at Noemi’s, and Yoli and I went back to the Plaza, looking for the artisan’s center to see what handicrafts they might have. We were disappointed that no crafts were being made there on site, but still there were neat things to see and buy. Most of all, it was nice to finally escape the children for a short while.

The girls and Yoli all went to sleep quickly that night. Joseph stayed awake as I read him some Beatrix Potter, but eventually he slept, too.

The next morning, the talkative kid who lives in this mission house said to Yoli that he had heard me “teaching Joseph English.” 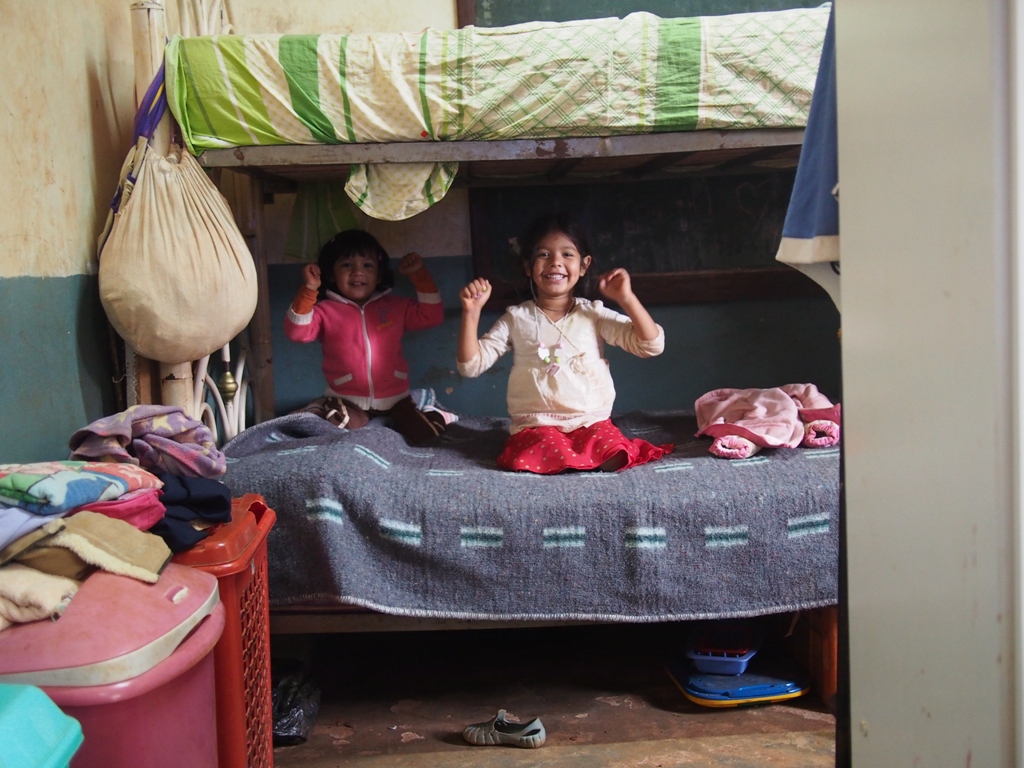